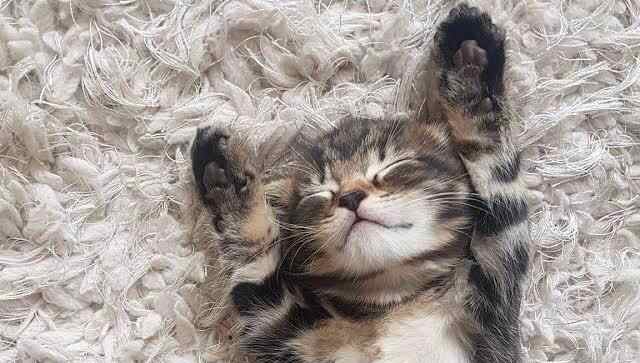 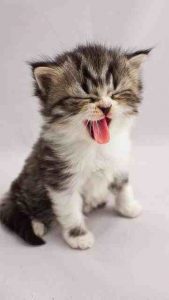 First, kittens are generally pleasing to the eye. They have big heads, round faces and large adorable eyes

Second, kittens make sounds that are pleasing on the ear: they purr loudly, and they have quiet, high-pitched squeaks which are absolutely heartwarming.

Third, kittens are appealingly fluffy as their fur is soft and fine.

Fourth, kittens are playful. They have such a strong play instinct that if you approach them with the simplest game, such as wiggling your finger on the ground in front of them, they’ll engage with you in a charming way. 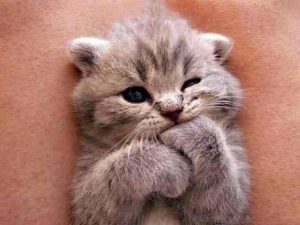 Fifth, kittens are gentle. They seem to instinctively know that it’s wrong to be rough, so instead of scratching you during play, they pad you with their soft paws, and instead of biting you, they close their mouths on your hand without enough pressure to do any damage.

Sixth, kittens are tiny. Even an older kitten is small enough to sit comfortably in your arms without weighing you down. Kittens are easy to carry around, and they are so small that they tend to elicit a protective urge from people. 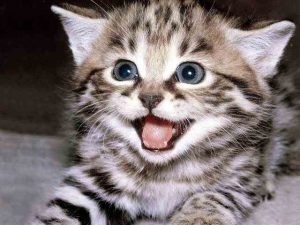 Eighth, kittens are endearingly submissive. If you engage with them, they may be fearful if they are not used to you, but they will rarely be aggressive. They are far more likely to just to gaze at you with those big eyes, as if saying “OK, you win”. 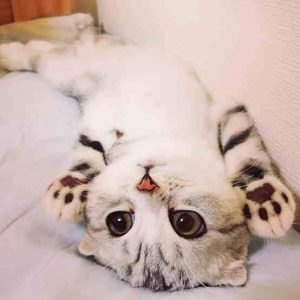 Ninth, kittens sleep a lot. So while they can be energetically playful in short bursts, they’re likely to stop soon enough, falling asleep in your lap or somewhere nearby. And if an energy-loaded kitten is cute, and sleeping kitten is even cuter.

Tenth, kittens are vulnerable. Their defencelessness brings out our nurturing instincts: we feel driven to protect them. The message is “pick me up and protect me from the badness in the world”.

Pakistan’s film and drama industry reviving in a post-pandemic world.

5 places in Pakistan that are a perfect weekend gateway.

The explosive truth behind the Guinness record breaking scene in Spectre

Forget about Nick Jonas, have a look at the Priyanka’s expensive bag which is costlier than a hatchback car