Relationships are not easy to manage and require a lot of effort.

However, sometimes it is hard to distinguish whether your relationship is going through a rough patch or genuinely on the verge of ending.

This experience of a toxic relationship can be quite nerve wrecking and one of the worst feelings. It makes you feel trapped and helpless. It can eventually drain you out and make you prone to absorbing negative energy. 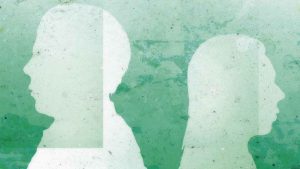 The definition of a toxic relationship is quite misunderstood. Many people assume it is when the situation escalates into an abusive pattern however, it starts with small and simple things that usually go unnoticed because of the lack of awareness.

Let’s discuss what toxic relationships are, how to identify them and ways to avoid them.

What is a Toxic Relationship?

A toxic relationship can be defined as one where the negatives outweigh the positives. It is when there is an increased amount of competitiveness, lack of support and constant conflict where there is a mutual pattern of derogatory behaviour, overstepping of boundaries and no unity. 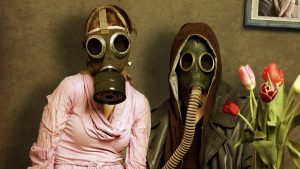 This often results in emotional and physical damage to the people involved and can often lead to a negative impact on their mental health.

So how do we know when a relationship has started becoming unfavourable and starts to suffocate you?

First and foremost, the ways you can identify when a relationship is no longer serving you is the lack of communication and construed misunderstandings. Moodiness and anger tend to become a norm and you start avoiding each other. There is an aura of unhappiness and this often results in our other relationships to be impacted. The more we try to improve the situation, the more complicated it gets, and it starts to feel like a burden as both partners may have moved on, emotionally. The lack of effort and unwillingness to try is quite common as the person may feel there is no point in discussing it and ends up bottling their emotions. There is a constant battle between the two partners and most of the time is spent evaluating and focusing on who is wrong. You may feel you are not involved in major life decisions and cornered when you try to give an opinion on something substantial. An increased amount of passive aggressive behaviour becomes common and most matters go unresolved which constantly feeds the individuals resentment. 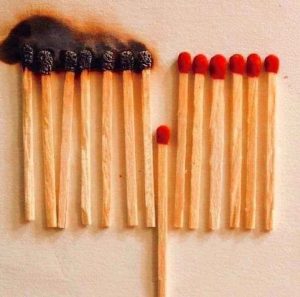 The reasons one may end up in a toxic relationship have no correlation with someone’s strength, courage or past. Usually, a person is blindsided or maybe influenced due to the emotional attachment. Many of us try to reason with ourselves by blaming our own behaviour, history or past. However, these are not the reasons which lead to a toxic relationship but must not be ignored.

Relationships are based on compromises but when your self-respect, self-esteem or mental health are being impacted due to it, it is simply not a positive way to sustain your bond with someone who is challenging that aspect of your life or making you give up your own space.

Love, compassion, respect, and trust are the foundation of a healthy relationship. If someone continues to suffocate you or violate your boundaries, it is time to distance yourself from such individuals and not let their negative energy create an impact on who you are.

Always put yourself first otherwise, people will start taking you for granted and manipulate you according to their own selfish desires.

Remember, do not let anyone define who you are. Stand tall in front of what your rights are and fight for what you deserve. Keep growing and flourishing.

How to Wear the Color(s) of the Year!