In the end, the infectious draw of “Parasite” won over the members of the Screen Actors Guild.

The cast of South Korean film “Parasite” was honored at Sunday’s SAG Awards with the best ensemble award, making history as the first foreign language film to earn the award — a door-opening accomplishment.
“I’m so honored to receive this award in front of such amazing actors that I admire. I will never forget this beautiful night,” cast member Song Kang Ho said through a translator.
Five members of the 10-person “Parasite” cast accepted the award, while director Bong Joon Ho proudly recorded the cast’s win from the audience.
“Parasite” was only the second foreign-language film nominated in the category. The first was 1998’s “Life is Beautiful.”
Backstage after their win, cast member Choi Woo Shik shared his hope to “see more foreign language films and Asian films” recognized.”
“Other than us, there are so many legends out there in foreign countries,” he said. 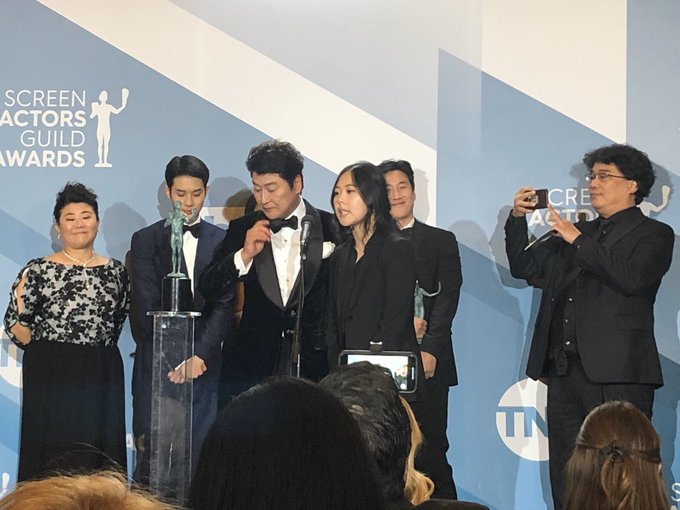 Earlier in the night, the cast received a standing ovation from SAG members while presenting their movie, hinting that a big win for the movie could be in the cards.
“Parasite’s” win capped off an evening otherwise lacking in winners from diverse backgrounds. No actors of color were awarded individual acting honors.
“Parasite” is nominated for six Academy Awards, including best picture.
The twisty thriller is also the first South Korean film to be nominated for best international film (previously best “foreign-language” film). It’s considered a frontrunner in that category.
previous post

Fawad Chaudhry sums up Dirilis Ertugrul Season 3 in a tweet!