Junoon’s Salman Ahmad recently announced that he has been symptom-free for Covid-19 for some time now and his doctor advised quarantine period as ended. In a video posted on his Youtube channel, Salman detailed his journey from the time he started feeling coronavirus symptoms to him eventually becoming healthy once again.

Salman starts off by talking about how the ordeal started. He had started feeling symptoms for that were very much similar to those in Covid-19 patients, while e was New York. His doctor told him that given his travel history and the nature of the symptoms, there was a strong possibility that the guitarist had contracted coronavirus. This took place on April 4. 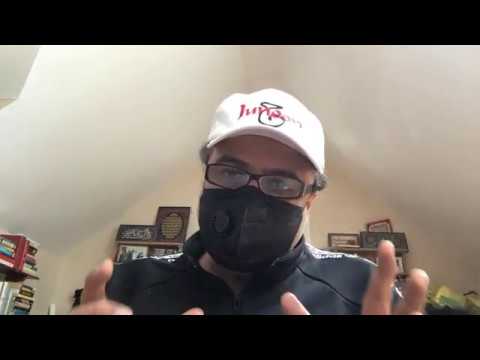 However, the doctor had refused to test Salman on account of limited testing kits in New York. He instead recommended the Saeein composer to go into quarantine at home for 14 days. “When I told the doctor that I wanted to get tested. He said that at present neither testing kits nor n95 masks are available in hospital. there are only bodies,” Salman said in the video. According to the songwriter, his quarantine period has ended no and he doesn’t feel symptoms.

Among other things, Salman advised his followers on how to combat symptoms. He shared all the things he did including herbal intake in order to combat the sickness.

Furthermore the guitarist gave a message to artists in Pakistan to come together and make a motivational anthem during the current crisis.

The musician, had also talked about how his nephew a surgeon in New York had tested positive for the disease. “Wish my nephew and surgeon, Dr Usman, a quick recovery from Covid-19 . Usman had been working 24/7 at the Einstein hospital in Philadelphia where he got infected last week,” he had shared in an earlier Tweet.

Ranbir Kapoor Will be the New Don, Replaces Shahrukh Khan!