Many of us find Eid boring as there’s nothing much to do, except for meeting loved ones or eating scrumptious food.

However, there is a lot of other stuff that can be done to make your Eid enjoyable.

Here’s the list of the movies you can watch and spend some quality time with your loved ones: 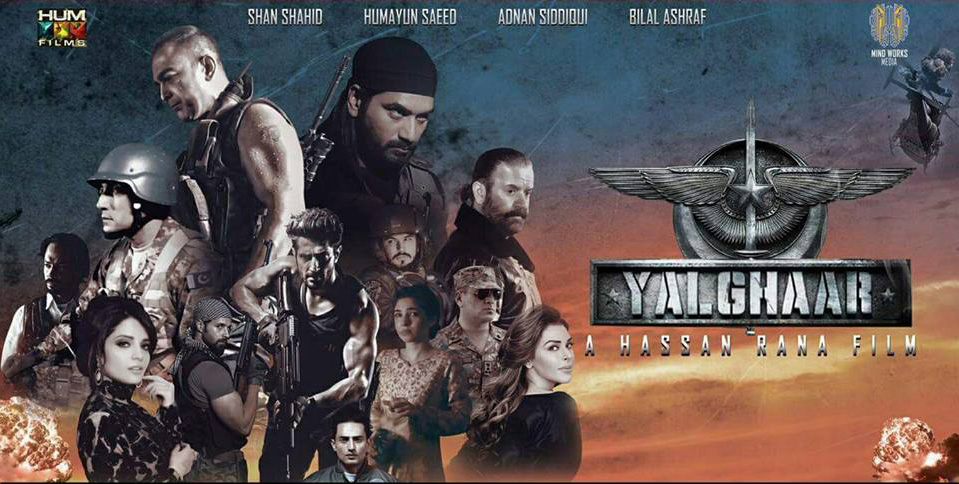 Based on true events, Yalghaar follows the lives of four young soldiers of the Pakistan army as they mount an assault against militants in the Piochar area of Swat.

Pirates of the Caribbean 5

The carefree, swashbuckling Jack Sparrow returns this summer to face off against his oldest nemesis, Capt. Salazar.

The war between humans and gigantic robots continues in this new saga. The Last Knight is the fifth instalment of the Transformers film series.

The lovable Gru, an unsuccessful criminal turned father, meets his twin brother Dru in the third installment of the 3D computer-animated comedy film.

One of the most anticipated Lollywood flicks of the season is Yasir Nawaz’s upcoming romantic drama, which will hit screens during Eid holidays.

This young Bollywood actor will be seen with Alia Bhatt in her next!