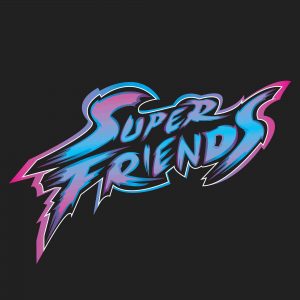 Karachi is quite a progressive city and there have been major improvements within the management of the entertainment industry. A higher number of opportunities have been created to enable musicians, artists and organizers to be able to curate events and introduce activities for our society to enjoy.

One popular subculture that has evolved in this industry is the rave subculture. Numerous underground musicians have been inspired by the festivals abroad and established a community of people who come together as one and dance the night away, forgetting about all their worries and simply celebrating life.

However, recently a horrendous incident occurred during a rave that was being held at a very famous 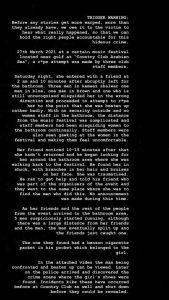 country club and it left us all in shock!

It took place on 27th March at the Arabian Sea Country Club, a place many of us are familiar with.

This rave was arranged by the team of “Super friends”, who have risen to fame with their brilliant event organization skills, eclectic music and are a crowd favorite in Karachi.

During the rave, a girl who had just arrived, requested the management to direct her towards the restroom, however, three members of the staff who were constantly misguiding the women intentionally, did the same to her.

A few moments later, when she was nowhere to be seen, her friends left the event to find her. They found her in the bushes in a distraught condition with branches in her hair and bruises on her face. She had been a victim of a rape attempt and was beaten up quite badly.

The friends immediately approached the team of “Super Friends” who shut the event down and left to assess the situation. As soon as they arrived near the bathroom area, they spotted 5 men suspiciously running from them. Although, there was a reasonable distance, those guilty staff members ran and split up. However, the team managed to catch one.

The surprising part is a box of cigarettes that belonged to the girl and a Rs. 1000 note was found in the suspect’s pocket. This made matters escalate further and the man was questioned by the friends of the victim, who were furious.

The only conclusion that was derived from this situation was that the management was involved in this sick behavior and it had been pre-planned. The staff member that was caught knew something that he was not sharing and could have been bribed to not mention anything to whoever asked. He also proceeded to take two names that may have been involved.

Instances like these, really make me feel humanity is dead. Have we lost all elements of professionalism and turned into some flesh hungry monsters? Can girls not feel safe anywhere no matter how strict the security is? Will we always be surrounded by people who have harmful intentions or is there any space left where girls can embrace their freedom without being gawked at or treated like a piece of meat?

Most of the time, these raves have strict security and are organized in spaces that are accessible to people, which are quite safe and have been really appreciated. However, Arabian Sea Country Clubs management should be ashamed of having such pathetic team members, who not only make guests feel uncomfortable but are also extremely dangerous and violent!

Our support goes out to that girl and kudos to the team of “Super Friends” for stepping in and taking matters into their own hands!