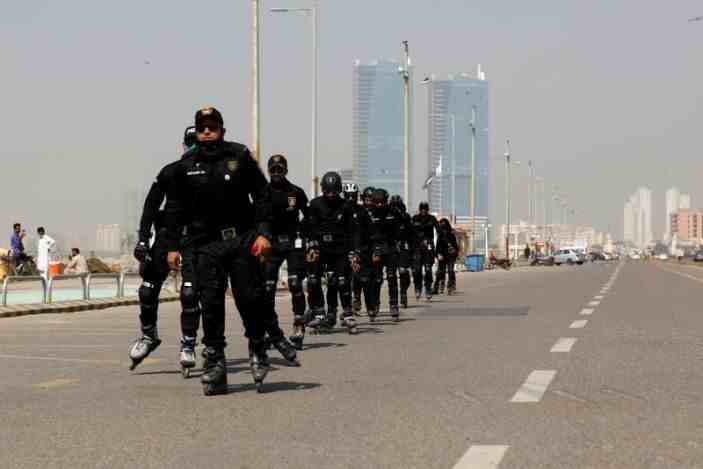 An armed rollerblading unit has been arranged by the Karachi police to curb theft and harassment on the city’s crowded streets.

Gliding in a circle with their weapons pointed inwards, and lifting and lowering the guns in unity, the 20-member unit clad in black undergoes rigorous training.

“We felt we needed to come up with an innovative approach to control street crime,” said Farrukh Ali, chief of the unit, explaining that officers on rollerblades could more easily chase thieves on motorcycles through the city of 20 million. 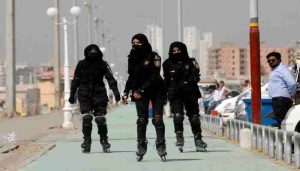 Ali approved that rollerblading police could not be deployed across many parts of Karachi due to the poor road conditions and uneven footpaths, but said they would be sent to public places with a higher incidence of theft and harassment.

“This is just the beginning,” said Aneela Aslam, a policewoman on the unit. “This rollerblading will really benefit us. With this training, we can reach narrow alleys very quickly where it is usually difficult to go.”

Safety concerns were raised when initial footage of the Karachi unit’s training showed officers carrying heavier weapons, but Ali said the unit would only carry handguns, reducing the risk of bullets ricocheting.

How can you treat hyperpigmentation naturally?

World’s wealthiest people not only inspire us in career but also in grooming!

Education and knowledge are key to development, Ali Zafar