Meera has done it again! She loves to stay in the limelight, whatsoever the matter is. Today (16th of November 2015) the Pakistani actress was invited as a guest at the Nadia Khan Show on Geo TV, where she proved it again that Meera is indeed the drama queen. After the arrival at studio Meera refused to come out of the car & kept on asking “YE MAIN KAHAN AGAI HON MUJHY TOU KISI OR SHOOT PER JANA THA” and her manager ran off. When Nadia Khan’s producer went to talk to the actress, apparently Meera attacked her and even injured her! More astonishing, Meera’s manager has apparently quit, saying he does not want to work with such an actress!

When Mr. Sohail (Meera’s manager) was asked why you ran off & left Meera, He replied, “She always like doing such dramas, she already knew we were going to NKS & now suddenly she’s asking why are we here? She always embarrasses me.” 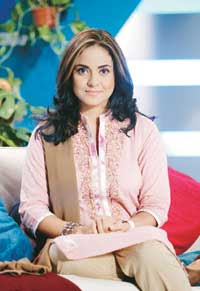 The reason for Meera’s sudden anger fit is unknown, but Nadia Khan continued her show without the actress. Nadia’s body language & face completely spoke about Meera’s behavior. Meera then came onto the set and locked herself up in Nadia Khan’s makeup room & she kept on saying “Meri Saari Laado Meri Car Say.”

I suggest Stars to make their behavior good with media persons & Journalists because they can make them Zero From Hero.

Nadia further explains that Geo will definitely be suing Meera and ended the show on an angry note.

Stay tuned to FHM Pakistan for more on this controversy!

Meera G is back with a “Bang”

One of india’s actor Saeed Jaffery is no more.

Manto making mark across the border!

Humayun Saeed back in action!

How to Write an Urgent Essay

The initial terms away from her lips had been, вЂњwhat...

I Love Work Because…