On Saturday night, the two were photographed walking together in New York City, where they linked arms as if to announce to the world that they were back together. The photo since went viral across social media of fans speculating if Malik and Hadid are back on.

On Sunday, E! News confirmed that the two are, indeed, dating once again. “Gigi and Zayn got back together right before the holidays in December,” a source told E! News. “Zayn has been reaching out to Gigi for the last month, and she is giving him another chance.” 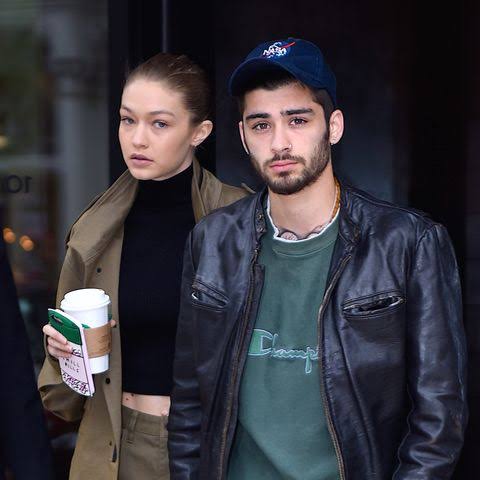 The source continued about the couple, who have been broken up since January 2019, “She has always loved him and the break between the two was needed.”

“Zayn has been working on his past music and focusing on his health and is in a really good place currently,” the source revealed.

Hadid and Malik have had a definite on-again-off-again relationship. They first got together in 2015, then announced their first breakup in 2018. They got back together quietly in the summer of 2018 and then ended things in January 2019.

This news of the couples’ rekindled relationship came along with Malik’s 27th birthday.  Per E!, the couple celebrated Malik’s special day on Friday night at the New York City Italian restaurant il Buco. Gigi’s sister, Bella, her mother, Yolanda, her brother, Anwar, and his girlfriend, singer Dua Lipa, all joined.

“Everyone is happy for them and Yolanda and Bella have always loved Zayn,” the source told E!. “They all have always treated him like part of the family.”

Zayn and Gigi had sparked reconciliation rumours over the holidays after she documented on her Instagram Story her cooking session that featured a chicken curry pasta salad recipe from the singer’s mom, who reposted Gigi’s image.

Jennifer Aniston misses the 2020 Critics’ Choice Awards for this reason

Shaniera Akram won our hearts through this message

Most beautiful places of Pakistan that will make you to pack your bags NOW!

Faysal Qureshi makes a humble request to those giving out donations!

Mehwish Hayat sends out a strong message to fans on...

What happens to your brain as you get older?

Here is why sugar is considered as a slow poison