WASHINGTON:  Golden Globe winner Joaquin Phoenix of the Joker fame was arrested, along with other climate change protesters.

The Hollywood star was arrested on Friday, reports variety.com.

Jane Fonda’s last Fire Drill Friday protest in Washington, D.C., saw the actor march with hundreds, including the likes of Martin Sheen, Maggie Gyllenhaal and Susan Sarandon, and give a speech about the effects of the meat and dairy industries on climate change. 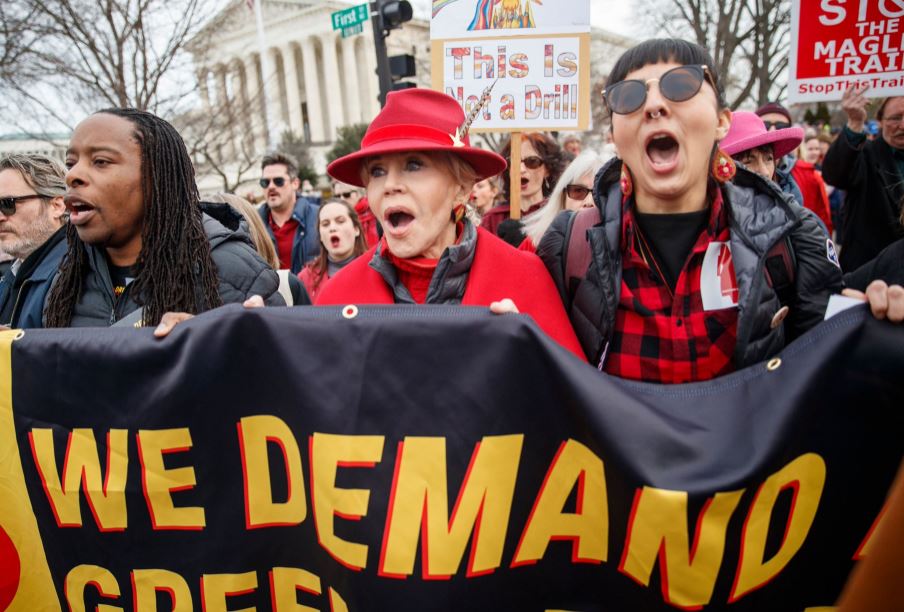 According to US Capitol Police, 147 protesters were arrested in total for the unlawful demonstration.

“The climate crisis makes our nation and all nations less secure,” said Fonda at the rally, sporting a red hat as she was cheered on by a crowd that included Sheen. She also spoke of the fires in Australia, which have ravaged tens of thousands of square miles (km) of bush land and caused at least 27 deaths.

In Sydney earlier on Friday, thousands of angry protesters had demanded that the Australian government do more to combat climate change.

Last week, Phoenix used his acceptance speech at the Golden Globes – where he won an award for best actor in a drama film – to call on people to make “sacrifices” to slow down global warming. He returned to the theme at the rally.

“The meat and dairy industry is the third leading cause of climate change,” he said. “There is something that you can do today, right now and tomorrow by making your choice about what you consume.”

2019 broke the record for biggest global box office year of all time with $42.5 billion

Beautiful places you wouldn’t believe are in Pakistan