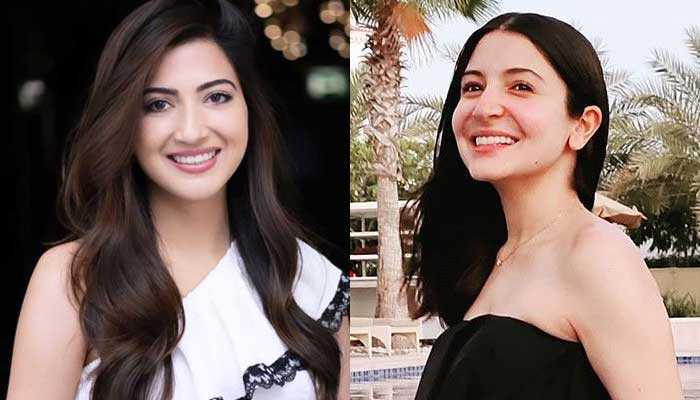 Once again we have a debate on social media about the much talked about Aymen Saleem from the drama Chupke Chupke that itself has been doing rounds since it aired on television. Apparently, the buzz on social media is sparked by the thought of whether Pakistani actress Ayman Saleem’s beauty tops Indian actress Anushka Sharma. What do you think?

Photos of the two stars made rounds on social media prompting users to compare the two beauties. It seems as though people think the two may be somewhat similar to each other in terms of facial cuts and expressions.

Some believe that the actresses look similar while others sided with one of the two, competing on looks and so began the battles of the beauties.

One user was quick to point out Anushka’s cosmetic procedures, saying that Ayman is the definition of “true beauty”.

Ayman saw her rise to fame with drama series Chupke Chupke starring Ayeza Khan and Osama Khalid Butt, which aired at the start of Ramadan.

Regardless of all the claims, do you think the two actors actually look similar to each other to be actually named doppelgängers or is it just mere hype created for no reason….what’s your say on this? Share your thoughts with us and stay tuned for more mirch masala.