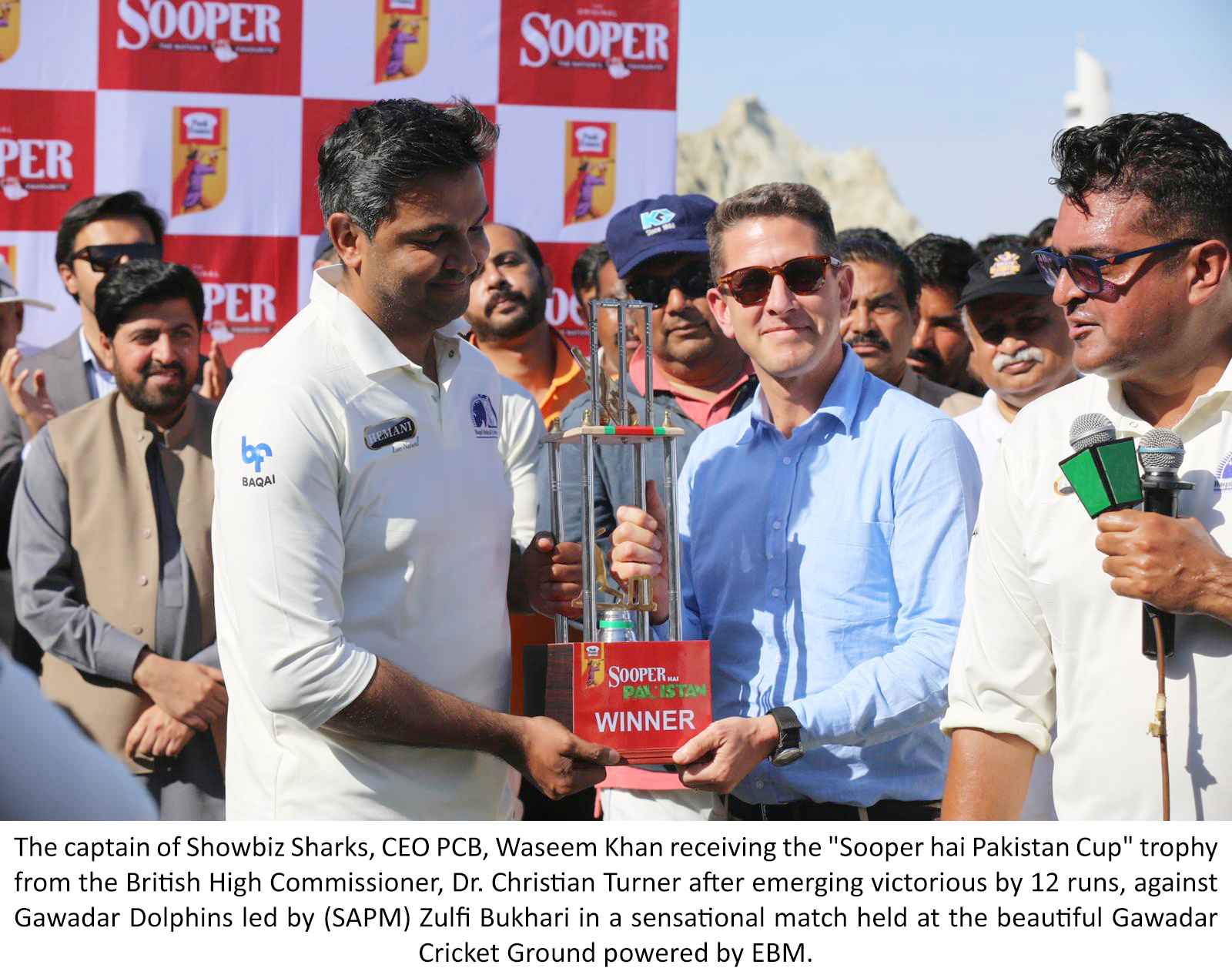 In one of the most scenic stadiums of the world, Gwadar Cricket Ground, EBM in partnership with Aaj Entertainment hosted Sooper Hai Pakistan Cup, a vibrant event with a 20 over celebrity exhibition match between Showbiz Sharks Vs Gwadar Dolphins. The idea of this celebrity match was conceived by Mr. Fakhr-e-Alam, the very popular singer, songwriter and TV host who was inspired by the sheer beauty of the venue, the Gwadar Cricket Ground.

EBM – Makers of Peek Freans, are a pioneer in the industry since its inception. They have over the years cemented their position of being a market leader by taking steps to continuously raise the bar. With this Sooper Hai Pakistan Cup, EBM wants to exhibit the future of Pakistan that is Gwadar.

Speaking about the event, Dr. Zeelaf  Munir – Managing Director & CEO of EBM said,” We always love to be a part of such exciting events which not just promote sports and healthy activities among Pakistanis but also demonstrate the beauty and openness of Pakistan and its cities. Gwadar is the future of Pakistan, a stunningly picturesque economic gateway that connects Pakistan to the world. We wanted to host the first ever live broadcasted cricket match in this picturesque venue of Gwadar Cricket Ground from the very day we saw photos of it. I want to thank Aaj Entertainment for organizing this event and above all Mr. Fakhr-e-Alam who fulfilled the desire of many to play as well as watch this historic cricket match here in this stadium.”

Sooper Hai Pakistan Cup was an enthusiastic effort by the Nation’s Favorite Peek Freans Sooper and Aaj Entertainment to shed a brighter light on the land of Gwadar for the nation through a sport we all love, cricket.

Education and knowledge are key to development, Ali Zafar