Angelina Jolie humanitarian hero visits Syrian refugee camp, she has called it tragic and shameful that peace in Syria is still so far away, as she called on the international community to take action to stop the war. Speaking during a visit to a refugee camp in Lebanon recently, Jolie said it is the responsibility of the international community to address the root cause of the refugee crisis war in the Middle East. Angelina Jolie, Special Envoy of the United Nations High Commissioner for Refugees, speaks during a press conference at a Syrian refugee camp, in the eastern city of Zahleh, Lebanon. 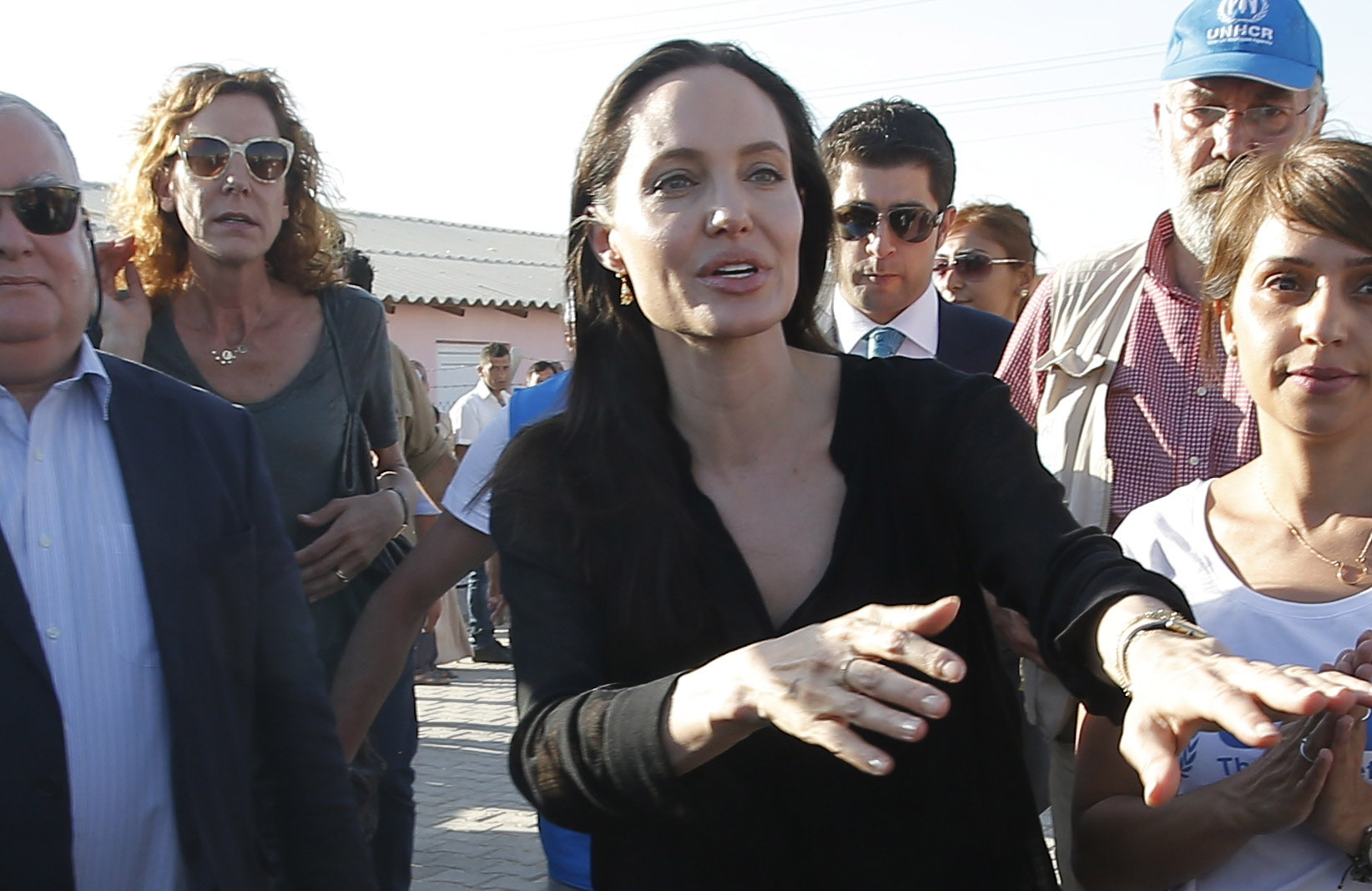 The actress and special envoy for the U.N.’s refugee agency, braved winds and pouring rain to visit to a camp in Zahleh, Lebanon’s Bekaa Valley where hundreds of thousands of Syrians live. Lebanon hosts well over a million Syrians who have fled the war, with the refugees now accounting for nearly a fifth of its population. “We cannot manage the world through aid relief in the place of diplomacy and political solutions,” she said under the pouring rain at a press conference in Bekaa Valley.

Anne Hathaway is on board for Princess Diaries 3.

Sohai Ali Abro is all set to Make Bollywood Debut!