It seems like this fairy tale is on the edge with the latest statement from Faryal Makhdoom. Faryal just cannot seem to stay away from the headlines for long – maybe an new addiction for the model/beautician.

And had it been long that Faryal didn’t make a new statement to get back on track and live on media…the vicious, long-running public spat between wife Faryal and Amir’s parents and siblings – Faryal is back again! This time Mrs. Khan claims that she thought marriage with Amir Khan would be nothing less than a fairytale.

“In my head, living with my new husband was going to be this fairytale.”

“But it was hard and I didn’t have any friends. Bolton is very backward. Compared to New York, it’s a village,” she said. Faryal lives with her family in England after moving out from Amir’s home in New York.

Faryal also denied reports of having any plastic surgery. Instead, she said that she resorted to ‘fillers’.

“Because of lack of sleep, genes, dehydration, I get bags under my eyes and I wanted to get them lightened. So I went to my doctor, Simon [Ourian, a renowned cosmetic surgeon in LA] – he’s also Kim Kardashian’s doctor,” she explained.

The model also claimed of getting fillers in her cheeks as she “likes high cheekbones”, apparently for which she was linked to Micheal Jackson by her in-laws. 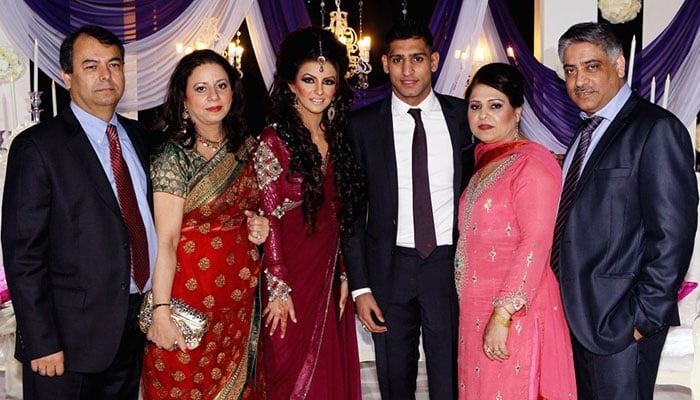 “If other women had this money and if they had a husband who was famous, they would do it, too. If I wasn’t married to Amir Khan, I’d probably be a regular girl and I might not do it. But I’m in the limelight, I go to events, so it’s part of my life now,” she said when talking to an international media house.

Talking more about her liberal pictures out in the public, she said that had concerns over showing too much skin as she is a “Muslim woman, so [she’d] like to be covered up”, although defending her Western dressing against her in-laws’ criticisms.

However, as Faryal Makhdoon speaks more on the toxic family feud that threatens to destroy her happiness, also gives a stint on participating in the next season of BIG BROTHER.