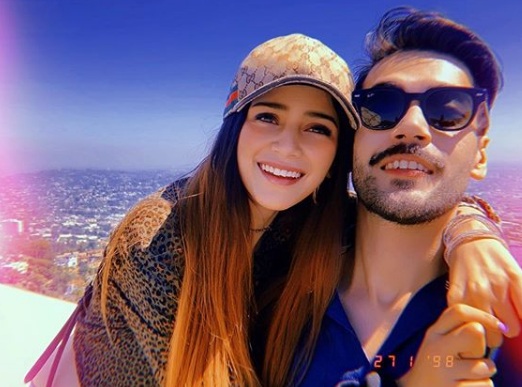 Aima Baig is one of Pakistan’s most prominent and young singers. Aima has performed a number of successful songs, but Qalabaz Dil is her most well-known. Soon after, Aima Baig made headlines when she began dating Shahbaz Shigri, an actor, director, and producer in the business. Aima Baig and Shahbaz made no attempt to disguise their relationship. The lovely couple recently appeared on a popular show, where they talked about how they met. After closing up the film “Paray Hut Love,” Shahbaz Shigri met Aima Baig, according to him. Aima also revealed that she met Shahbaz Shigri while working on Balma Bhagora, which she was singing and Shahbaz was producing. According to Aima, they clicked and she got nice vibes from each other, which is how they met. Aima also stated that she began hanging out with him, which is unusual in her life because she is picky about who she hangs out with. Shahbaz Shigri further stated that Aima Baog inquired about his acting and complimented his appearance, from which he got the notion and relaxed.

Karachi to witness the biggest food festival in 2017

These Pakistani movies are coming out in August, so stay tuned!

Pakistan awaits for the K2 climbers