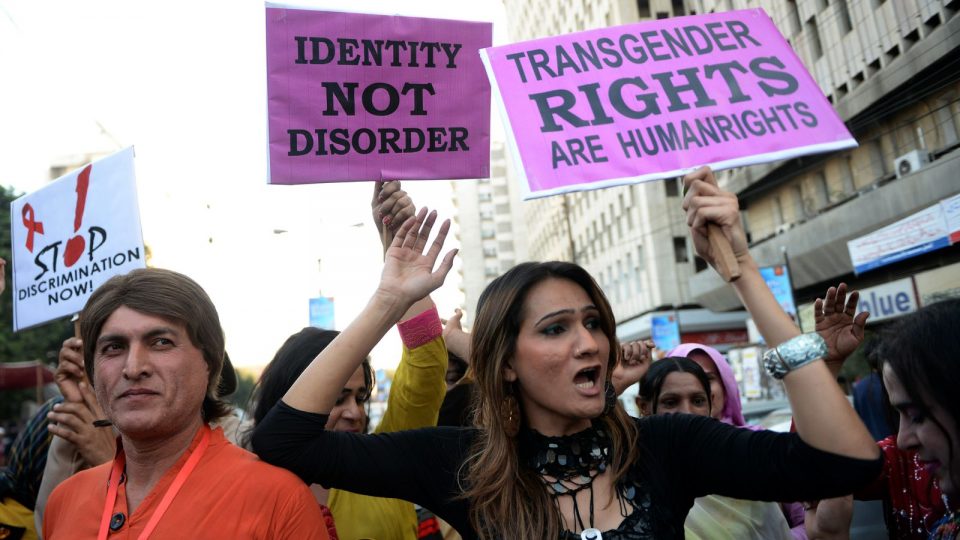 “Who am I? What am I? Why am I not treated like a human being like others?”, asked Alisha before breathing her last at Peshawar’s Lady Reading Hospital. Cause of death? Not a gunshot, but because the nurses could not decide whether to put her in a male or a female ward. Unfortunately, Alisha is not the only one subjected to being treated like an animal. There are tons of Alisha’s walking around the streets as we pass by them every day without even barely noticing or acknowledging.

We keep hearing the stigmas that transgenders are “unclean”, “immodest” and “not humans” because of the professions they usually engage in, but has anyone ever fathomed as to why they do what they do? The answer is, No. There are not many people who try and research as to why transgenders are forced to get involved in prostitution, begging, dancing, etc. if we would, we would know that these people are not just neglected but threatened by their own families and by government officials when they demand a normal life with basic amenities, education, and healthcare, let alone a respectable source of income.

Researches also show that due to the widespread stigma, transgenders involved in prostitution are most of the time subjected to sexual abuse because their clients find it permissible due to the nature of their reputation. They are also gang-raped and forced to perform acts that are not only humiliating but also a danger to their lives. Furthermore, transgenders who are not involved in trafficking are also harassed and raped on a daily basis and when they try to seek help from government officials, they are ridiculed and harassed by them as well.

As mentioned before, transgenders are deprived of basic amenities of life and have no respectable source of income which is why to survive, they often earn through begging, dancing, and prostitution. The point to fathom over here is that they are not just responsible for their own finances but for their families as well and these families tend to abuse them verbally and physically when needs are not met and to maintain control over them. Forced marriages that result in domestic violence are also forgiven by their biological families in return for money.

Due to the environment, the group in, and the professions they are forced to choose, the chances of contracting HIV are eight times higher in transgenders. In addition, transgenders are more vulnerable to verbal abuse from medical personnel which causes psychological problems and demotivates them to seek medical attention when needed. Their mental health is seriously affected from the beginning years of their life but is caused more damage as they age due to isolation, social rejection, harassment, mistreatment, exclusion from the public health care system, vulnerability to murder, unemployment, and extortion. Old transgenders live in extreme poverty and are usually supported by young transgenders to cover medical costs or resort to begging. Many start indulging in drugs, self-harm, and alcoholism to cope with distress.

The outbreak of Covid-19 and social distancing have made their lives even more difficult due to the stigma that they are “unclean”. People already used to distance themselves but now they are not even looked in the eye because of Covid SoPs. They are now deprived of even the minimum sources of income they had before the pandemic. The only support that they get is from their peers or “gurus” who accept and take care of them when they are abandoned by their families. These peers act as their family in sickness and in health when their families do not

even attend their funerals.

To conclude, transgenders are bound to live outside of the common society and have made their colonies far from the city in order to protect themselves from mistreatment from the general public. Even though Justice Iftikhar Muhammed Chaudhary declared them a third gender and allowed National Identity Cards so that they can get an education, jobs, and healthcare, the law is not being implemented and there is still a long way to go for transgenders to live a normal life.

The only initiative that can help them is raising awareness and imposing quotas in the job and educational sector so that their existence can be normalized. We, as Pakistani citizens, should start including them and not just in weddings and baby showers for blessings but also as friends. Businesses, hospitals, and malls should include them by allowing them inside without the discussion of whether they should go in the male section or female section. Furthermore, the organizations which are helping them should be strengthened by the government and should be provided funds so that they can be provided with education and medical help.