Men are afraid of ZERO things!

Men are literally not afraid of anything or anyone. After all these rape cases going on around the corner, there arose one more case of a girl not more than 14 years old who was raped at gunpoint in Peshawar. What was her fault? That she went out with her brother to the cosmetic store thinking she’s all protected and guarded because its her brother she came along with after all? . 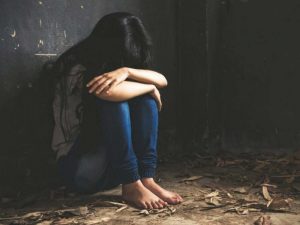 What is happening, the rapist who I must say was a wild animal namely; Zubir overcame the little girl’s brother and took control of her at gunpoint. She filed an FIR against this man and gave her statement,

“His friend was guarding my brother outside and did not let him inside while Zubir took me into the empty house which was nearby and at gunpoint started to assault me. ”

We don’t know what to say, we don’t know what you all have to say either but we know for sure that this little girl was not at fault, and I’m sure she wouldn’t be that tempting to make that man crave for her like these men of our country say! 🙂

Why giving up can be a better option sometimes