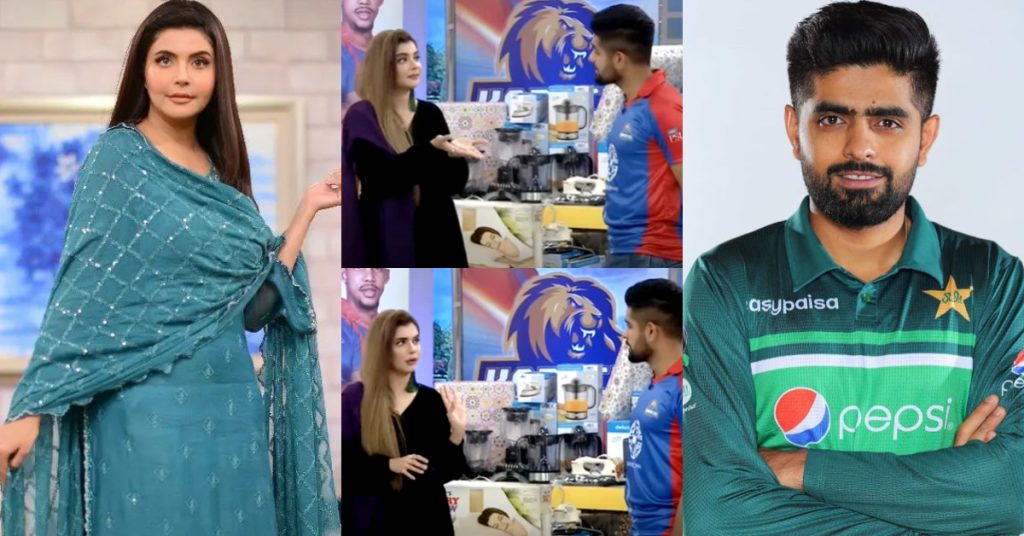 Nida Yasir is known as “The Queen” of morning shows, and it is fair to assume that she is also “The Queen” of scandals. An old video of Nida Yasir interviewing Babar Azam has reappeared in the latest round of Nida Yasir scandals. Nida is asking Babar Azam about the type of wife he wants in the video.
“Babar, when you get married, what kind of wife do you want?” Nida inquired. What attributes are you looking for in a wife?”
“She should be honest and understand me,” Babar said.

“Do you want a wife that makes you bed tea in the morning, irons your clothing, and cooks your meals?” Nida inquired.
“Am I a youngster who goes to school?” Babar retorted, chuckling.
“What should your wife’s beauty standard be?” Nida went on to question. She should be tall and have long hair, and her eyes should be huge.” “I don’t want anything like that,” Babar responded, “because I said she should understand me and my family.”
“So it’s fine if she’s obese or short heightened?” Nida inquired. “She must be normal,” Babar continued, “neither fat or little.” “Would it be okay if she’s tanned, or do you want a white wife?” Nida then said. “I am cool with everyone,” Babar finally said, laughing.

Miley Cyrus reveals “She Is Coming”

We bid farewell to the best show of the year – Ehsaas Ramzan!