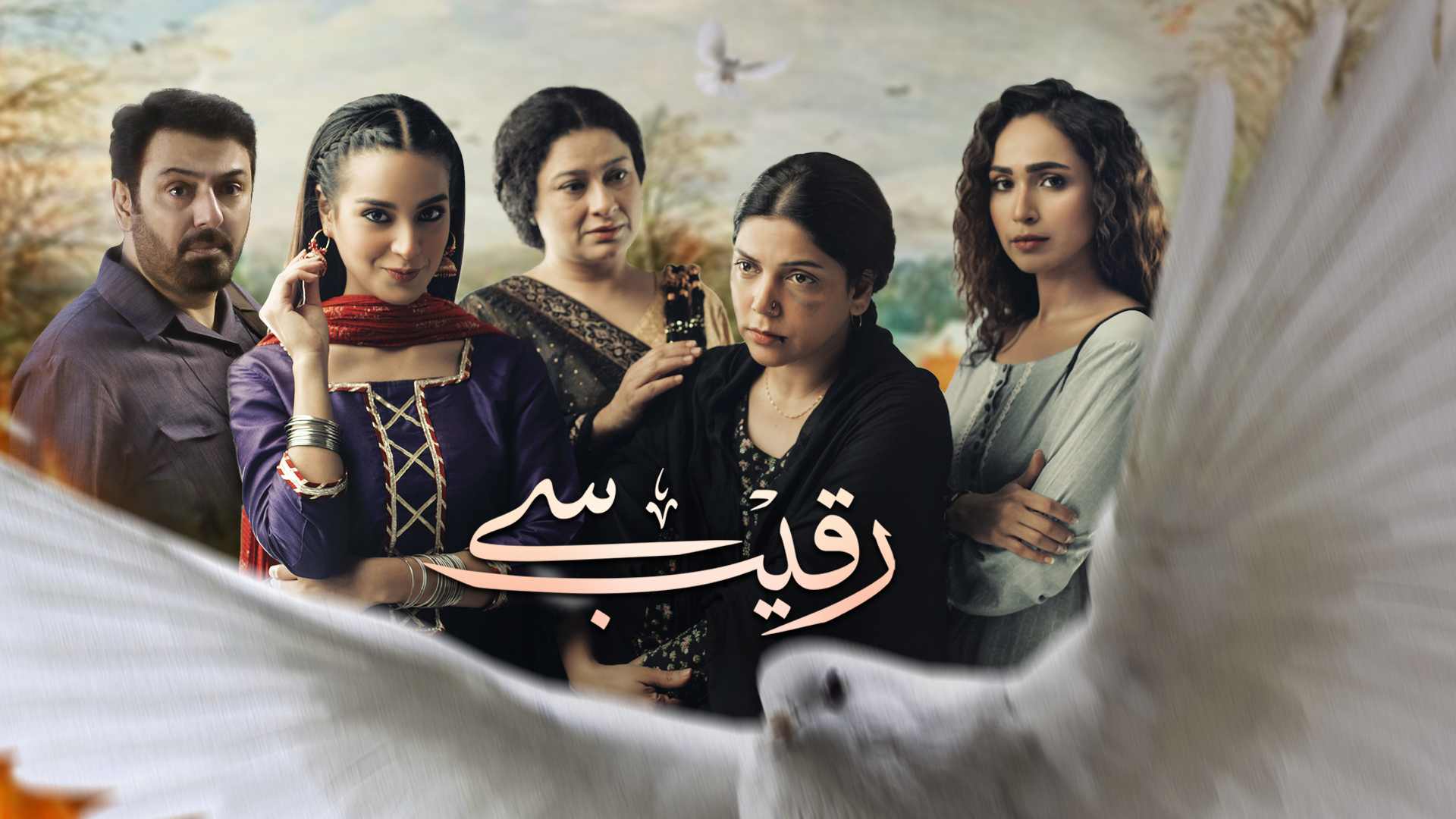 After successfully delivering mega drama serials such as Yeh Dil Mera, Pyar Ke Sadqey, Sabaat, ishq Zahe Naseeb and many other serials that ruled our TV screens the previous year, HUM TV, once again is set to start the new year on an incredible higher note with its newest drama serial Raqeeb Se.

Produced under the banner of Momina Duraid Productions, Raqeeb Se brings the writer-director duo – Bee Gul and Kashif Nisar – of the award-winning drama serial Darr Si Jati Hai Sila, collaborating once again for yet another rollercoaster ride of thrill and emotions. Inspired by Faiz’s poem of the same title, the serial promises to be an unconventional love story that will keep the audiences glued to their tv screens with its unique story, engaging script, immaculate direction and an impressive display of acting by the cast. Raqeeb Se is an intertwined story of Maqsood, Hajra and Sakina. Maqsood has to opt for a life he never imagined for himself due to life-threatening, unavoidable circumstances and a knock on his door not only reopens old wounds but also a long-forgotten chapter from his life. The serial highlights how people disconnected from their pasts, react when they meet someone from their previous years, their struggle in connecting their present with their past and its repercussions as a result.

The serial boasts an impressive mix of the industry’s veterans and young guns such as Noman Ijaz, Sania Saeed, Saba Faisal, Iqra Aziz, Faryal Mahmood, Salman Shahid, Saqib Sameer, Hassan Mir and others. Raqeeb Se also marks the television debut of legendary singer Hadiqa Kiana, who sharing the news with her fans earlier said, “I am truly humbled by the response we’ve received over the past 24 hours. It has been an unbelievable honour and an unparalleled learning experience for me to have worked with a team of this caliber and I can assure you that Raqeeb Se is a project unlike any other.”