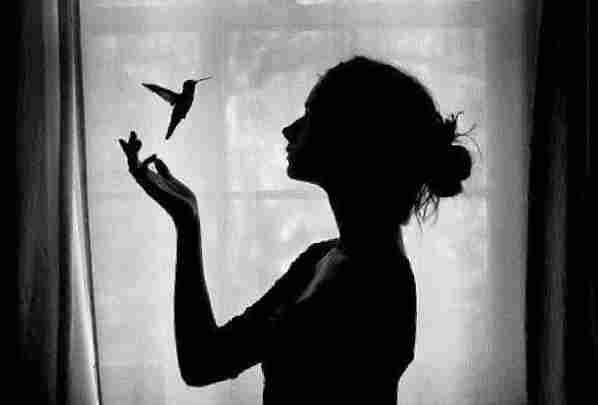 “When she is a daughter, she opens a door of Jannah for her father. When she is a wife, she completes half of the Deen of her husband. When she is a mother, Jannah lies under her feet.”
Why don’t we give that importance to the women and their dreams? When the Quran has also states equal rights to the women as given to the men. Than why the people of the society give their judgements for her. Generally the society gives all the power to the men no matter what story of life it is and what situation they are in.
Since childhood, men are told that they have a complete right of doing whatever they want to do. But when it comes to the rights of women, there are always few certainties they have to follow in order to survive in society. This particular society we are living in, have set some of the limitations for the women which are not of their choice.
Talking about freedom for both the genders, men are mostly allowed to go anywhere they want with no curfew time but its not the same for women. There are always limitations around and if they go against them, the society gives them different kinds of names. Why women can’t go out at night like men. Just because they are not safe. And why they are not safe, it’s because of the men.
We always talk about rights and importance of the women but we never acted upon them. Women have their own importance and place in the society, than why a man thinks that she cannot survive in the world without them and no one can recognise them in this society without their surnames. Why she cannot live her dreams ? If I talk about the respect factor. A woman needs to be respected equally as a man. If she is asked to give respect then in return she also deserves to be respected.
Discussing the first important role of her life, when she is playing a role of a daughter. She is the closest to her father. She fights with her brothers and ends up crying on nothing. She always tries to be the best for her family. She helps her mother in households. She take cares of her family and maintaining all the respect is her first priority. She then gets married in a certain age and becomes a wife. Now all her life changes. She becomes more responsible and in a short time period she becomes mature enough to look after her family. She gives her best to become a perfect wife.
Similarly if we talk about the role of a mother, from the day she becomes a mother to a day she becomes older. Every step is as difficult as an exam. We all know that it’s not easy at all and not everyone can be as responsible as a mother is. All her life she sacrifices most of her dreams for her kids. Not only that but also she stops living for herself and prioritise her other relations without even complaining about anything. Each day she wakes up early in the house before everyone and sleeps after everyone is on their beds. She works everyday without a leave even if she is not feeling well.
Before becoming a mother, she has goals in her life. She dreamt for herself, but it all changes when she becomes a mother. Its not that she regrets anything but she loves to be a part of every role she is playing. She happily takes all the responsibility on herself. The sacrifices she makes for her family is not she is paying for but she still manages everything perfectly.
She invests her time, energy and much more in the upbringing of her child in the best possible way she can. All her goals that she dreams of changes into a professional care taker who is doing her duties 24/7.
No matter how bad is her mental condition or how ill is feeling right now. She never shows anything to her child or her family. She is doing everything for her family with a continuous smile on her face. She teaches her child everything from her life experiences. She tells them stories and lessons from her life. In short she always tries to be perfect role model for her kids.
Women in every phase of her life take cares of her family. Either from marriage or after. She is given some invisible powers from God and only she can She is the strongest yet the most emotional homo sapiens on earth. She is multitasker and never fails to do every job of hers properly. She is the best in playing her duties. She keeps many secrets inside her. She forgets that she has her own importance in the world. Precisely a women is a beautiful human with millions of qualities in her which with time she brings in front of you.