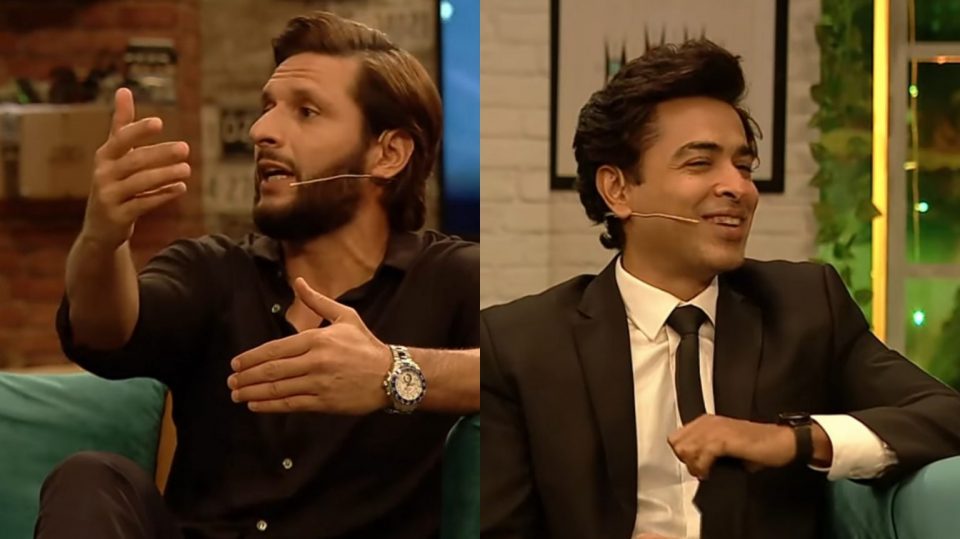 Shehzad Roy and Shahid Afridi are two well-known celebrities of Pakistan. Both have garnered numerous achievements in their fields and lately, both are known for social welfare and charity. The two share a good friendship too.

Recently, both have appeared in Ahsan Khan’s show Time Out With Ahsan Khan where Ahsan talked about new trends that fans have adopted while meeting stars, he said that now they open the camera and asks for a TikTok video, which is weird.

To Ahsan’s information Shahid Afridi urged Shehzad Roy to do something to ban TikTok, he further said Shehzad, ” you work for a lot of causes, make it your cause and ban this TikTok. To Shahid’s request Ahsan asked him, “so you don’t like TikTok?”

Shahid Afridi was really furious at the TikTok App. Shehzad Roy however, was of the view that Afridi is a world-known figure so he can also work for the ban of TikTok. Shahid said that this job only belongs to Shehzad as he is the one who talks about social issues more than him. Afridi said that TikTok is a bigger issue and the voice should be raised in this regard.

Alizeh Shah in news again for her statement on Independence Day

Don’t worry, here are some eligible princes you can still trick into marrying you