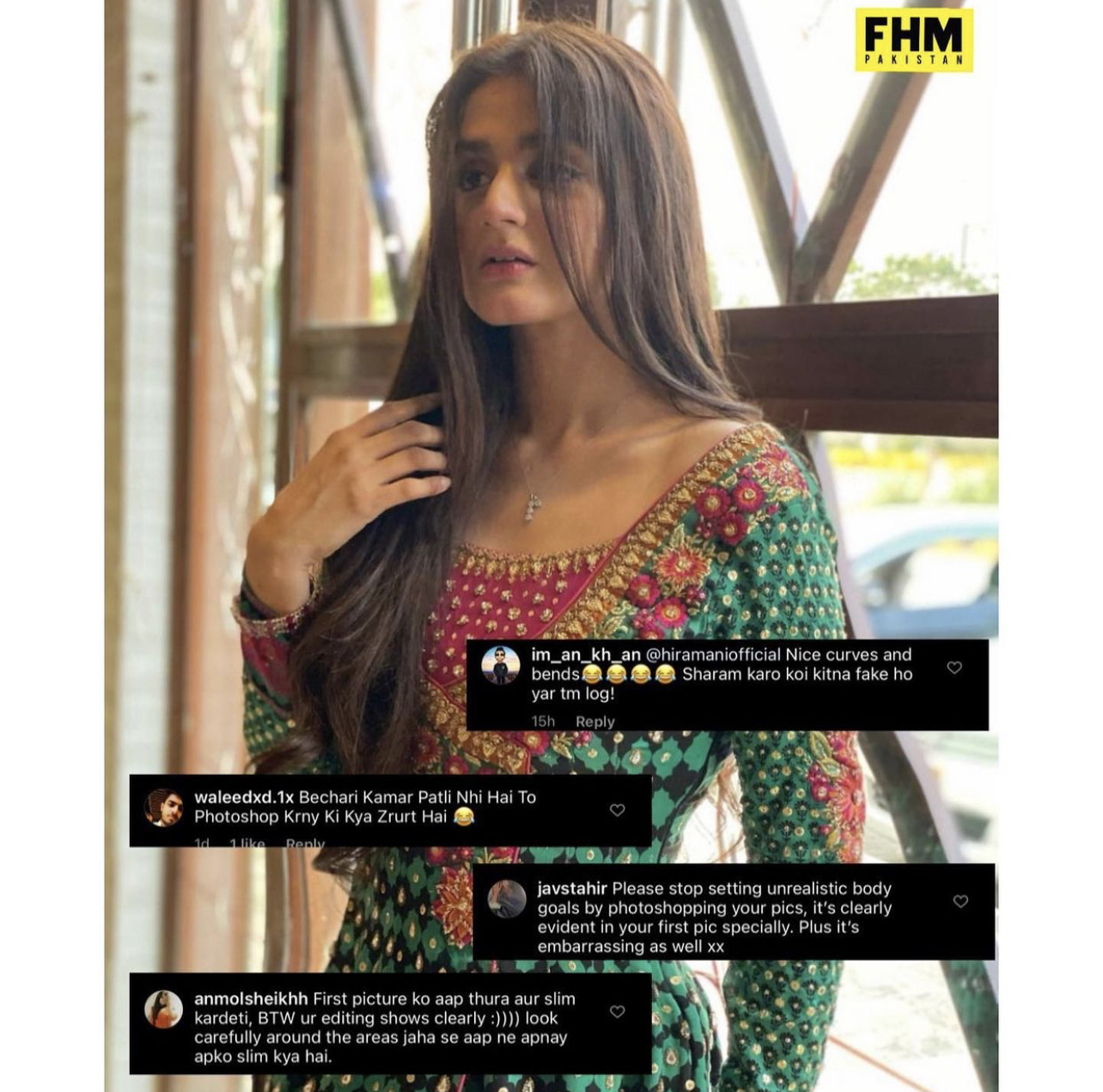 Earlier today, a picture of a famous Pakistani actress Hira Mani went viral due to all the wrong reasons. Fans noticed that the picture had been heavily edited to make the waist appear slimmer and I must say this was a major photoshop fail.

While many fans proceeded to ridicule the actress and point out the major fail, there were some extremely rude comments which made me wonder why she put up this picture in the first place. As someone who is idolised by millions of young, impressionable girls, it is their civil duty to influence them in a positive manner rather than enable them to develop insecurities that may lead to serious psychological issues.

This may cause girls to chase these unattainable beauty standards and opt for ways which may be harmful for their health. Bulimia, body dysmorphia, eating disorders and an unhealthy obsession with being skinny are just some consequences that these women may face trying to achieve the “ideal body”.

As much as being healthy should be a priority, celebrities should always remember that they can influence people in the wrong way and promote unrealistic and unhealthy beauty standards that are unattainable!

This is a humble message to everyone that has a say on social media to promote what is right and helps others improve their lives rather than create insecurities and hatred within themselves.

This is why you shouldn’t blow your birthday candles.