What is current relationship status of Sajal Aly and Ahad Raza Mir? 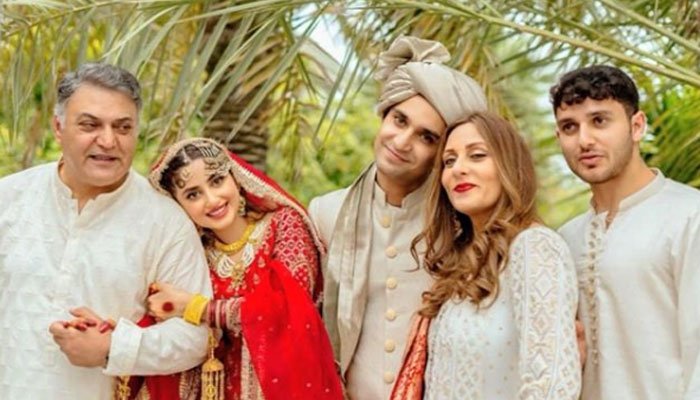 Ahad Raza Mir and Sajal Aly are both highly brilliant actors in the Pakistani entertainment business, and their fans loves them as a celebrity couple. More and more fans want to see them together. Because of their incredible chemistry and fan base, several of their dramas have been huge successes. The pair married in a modest ceremony in the United Arab Emirates. After their marriage, Sajal Aly and Ahad Raza Mir didn’t upload many images together, but admirers could see them at events, which was enough for them. Fans have recently noted that Sajal and Ahad are no longer together, as they are rarely seen together at events. When Ahad’s family expressed dissatisfaction with Sajal’s performance in her film, many predicted that the two would split up. Ahad has now attended a meal with his family in Karachi, although Sajal Aly was noticeably absent from the picture. For a long time, Sajal has been absent from Ahad’s private family gatherings.