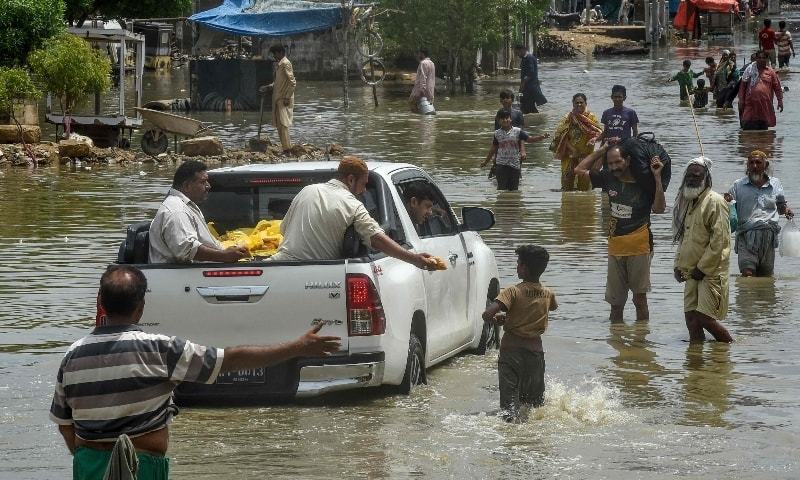 These streets aren’t completely bereft of storm drains. They were designed with storm drains with adequate capacity on their sideways even before Partition. The hierarchy was carried over to secondary and tertiary streets and byways.

Karachi also has over a dozen natural drains (nallahs) that used to flow during rainstorms and conveyed water to the sea. Land grabbers and builders have erected structures on and beside the nallahs over the years. The breadth of the water stream was reduced due to the irregular reclaiming of nallahs’ banks. This generated a continual problem for the normal flow of sewage as well as rain water throughout the monsoon season. These structures made it impossible to maintain nallahs in some circumstances.

Karachi’s terrain has been changed without respect for the city’s overall shape. Only local engineering benchmarks are used when enlarging a road, building an underpass, or settling a dispute. This results in tragedies such as the current occurrence, as well as flooding along the Super Highway and elsewhere.

To avoid such calamities, it is vital to make coordinated development and management decisions. Better outcomes result from decisions based on scientific wisdom gained via investigation and evaluation of reality.

In Karachi, decisions are made solely for political gain, instant acclaim from the public due to high visibility, and short-term rewards. A few glaring flaws include the neglect of pressing issues in favour of stand-alone megaprojects and the province administration’s excessive power over the local tiers of government.

For proper urban drainage and flood prevention strategies, demographic data, maps, and scientific opinions are required. While this data is being gathered,

Will the International launch for Disney Plus streaming replace Netflix?