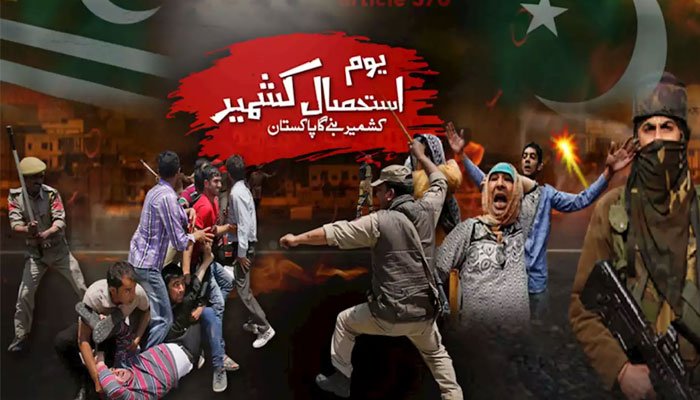 The Modi government abolished the unique constitutional status of Indian Illegally Occupied Jammu and Kashmir on August 5th, 2019. A number of events have been organised to condemn India’s unilateral unlawful acts against Kashmiri people, as well as the atrocities committed by Indian soldiers in the illegally seized state of Jammu and Kashmir.

One-mile solidarity walks will be held in all of the major cities, including the federal capital. In Islamabad, President Arif Alvi will lead the march. Participants in the march will wear black bands and hoist Pakistani and Azad Kashmiri flags. Across the country, one minute of silence will be observed. For one minute, traffic will be halted and sirens will sound. On Thursday, the country will commemorate Youm-e-Istehsal to show sympathy with the oppressed Kashmiri people as the two-year military siege of Indian Illegally Occupied Jammu and Kashmir comes to an end (IIOJ&K).

Furthermore, banners and billboards have been placed along the main highways of Islamabad and other provincial capitals to draw attention to the misery of Kashmiris and to expose the atrocities perpetrated by the occupying troops in Indian Illegally Occupied Jammu and Kashmir.

Bash a 7 year old kid because why not :)

Promoting our own culture merely just a dream now.