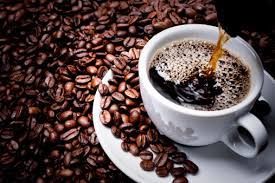 Have you ever pondered why our culture is so fixated on that delectable black liquid known as coffee?
Almost every movie, billboard, or short commercial break features coffee.
It’s all over the place, and for good cause.

So, what is the impact of coffee on your health?

Despite its innocent appearance, coffee is high in antioxidants, which protect our bodies and minds from harmful toxins. People aged 50 to 71 who drank a cup of coffee every day had a decreased risk of dying from significant health problems than those who did not.

According to the Harvard School of Public Health, women who drank four cups of coffee or more per day had a 20% reduced risk of getting depression than women who did not drink any coffee at all.

People who drank four cups of coffee per day had a lower chance of acquiring malignant melanoma, the most dangerous type of skin cancer, according to a research published in the Journal of the National Cancer Institute.

Caffeine is present in practically every commercially available over-the-counter fat-burning supplement.
It’s understandable.Depending on your body type, it has been reported to boost metabolism by 3 to 11 percent and fat burning by 10 to 29 percent.

According to a study done, caffeine contains a protein that has a modest pain-tranquilizing effect similar to that of morphine.In addition to making you feel better, coffee may help you relax.

Expensive than our expenses!

Everything is F*cked – A book about HOPE?