Pakistanis has found a new subject to make memes..

A huge sculpture of national poet Allama Muhammad Iqbal was installed at Lahore’s Gulshan-e-Iqbal Park, which caught the eyes of many people on social media and became the subject of memes very quickly. A picture was uploaded on social media with a caption criticizing the artist’s work, The post went viral in no time. The pictures of sculpture was bombarded on social media and people demanded to replace it as soon as possible!
People created several memes making fun of the sculpture.

However it turned out that the sculpture was made by the gardeners of the park with their own money. A local media report said that the statue was not the creation of a professional artist but it was a tribute to Allama Iqbal by the park’s gardener. 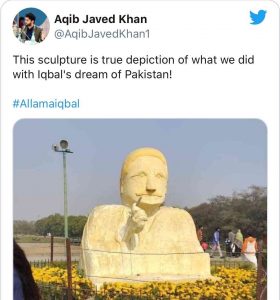 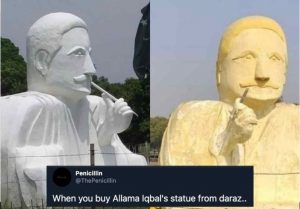 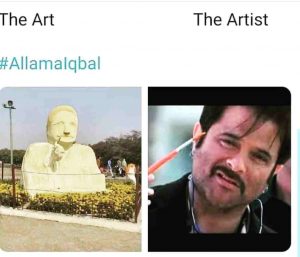 Tips for Taking Care of Your Skin in Winter

PSL fever at its peak!