She founded a Production House under the name of “Moomal Productions” and since its establishment the company has received numerous awards. Currently working as the Chairman and President of HUM TV Network, which has laid three successful channels; HUMTV, Masala TV and HUM SITARAY; her outstanding contribution towards the field of art has given her immense respect and recognition. In response to her services, she was conferred the President Award of “Pride of Performance” in 2008.

Leading one of the top 25 Companies acknowledged by the Karachi Stock Exchange in 2010, Sultana has been credited as the first woman of South Asia to establish a Television Network and is the recipient of many National and International Awards. Today, HUM TV Network is ranked as the No.1 private Channel of Pakistan.

BM: Being the first woman to launch a private channel in Pakistan, who has been your inspiration over the years?

SS:My family has been my biggest motivation but when it comes to inspiration then I would like to quote my big brother’s name, Mr. Mazhar ul Haq Siddiqui. Since my divorce, I lived with my brother and always shared my work life with him; always supporting me, he inspired me and built within me the confidence I have today. He was a pillar for me, he taught me to never look at the destination but to focus on the way leading to it.

My vision when starting HUM TV Networkwas Pakistan. Not the dirty Pakistan, but the glittering and shining Pakistan.

BM: What challenges did you face in balancing your professional and personal life?

SS: I believe that I did not face as much difficulty in balancing my life as I should have. This is because I always understood the authenticity of my roles as a daughter, mother and professional, and balanced my life accordingly. A woman has to prove herself in every role that she acquires from the society, as she is seen to be a perfectionist. In my case, being divorced in the early years of my marriage I single handedly had to take care of my children, but luckily had the support of my family. I worked hard day and night, forgot the meaning of sleep and followed my passion. I believe that if you are passionate towards what you do, then nobody can stop you from reaching your goal. I thank my family and Allah for the support in making me what I am today, making a mark and having the peace of mind along with accomplishing what I stood for. I am highly proud of my work till date.

BM: HUM TV has always enlightened social and economic issues through its bold content. How do you tackle the threats and movements against your channel and content?

SS:Here I would like to quote the dialogue of KANKAR where Sanam Baloch who returned home after leaving her husband, in response to her mother-in-law’s question on women respect says, “You do have respect, but you never had your husband respect you!” My advice to men is to definitely respect all women, but I strongly advice women to stand for their respect and raise voice when they feel its need.Highlighting these issues in my dramas has undoubtedly caused great upheaval, but I never lost my ground and stood firm for my content. My aim is to break societal taboos and I believe I have broken many especially when it comes to Masala channel where you may see more men chef than women, which itself is a taboo for a country like Pakistan. This actually brings a great and positive change in the society and this is what I have always targeted.

BM: What was the reason behind supporting and boosting the fashion industry of Pakistan?

SS:I have always loved to travel and study the culture and art of countries worldwide. After seeing the art and culture of different countries especially that of India, I thought that our designers and clothes were more beautiful than anything that I have seen across the borders. So I began a new initiative and gathered Pakistani designers in this new race and launched Pakistan’s first fashion centered channel – Style 360.

BM:Why did HUM TV stop broadcasting Style 360, being the only fashion oriented channel of the country?

SS:The reason behind shutting down Style 360 was because of the lack of sponsors, which we had near to none. I started Style 360 with a vision of rising and enlightening the fashion industry of Pakistan, noticing that we never had a channel that was only focused on fashion in a 360 degree dimension. Unfortunately, our distributors did not seem to understand the content or its reach to the audience and did not show interest towards sponsoring it. So I stopped its viewership and re-launched the channel with a new name – HUM Sitaray; based on fashion, lifestyle and drama content.

HUM has been ranked as the No.1 channel in Pakistan and also in the UK, beating India in many places.

BM: What steps has HUM TV Network taken in the revival and future growth of cinema in Pakistan?

SS:HUM TV Network basically runs three different channels, namely; HUM TV (drama), Masala (food/health)& HUM Sitaray (fashion/lifestyle/drama). We are also thinking of launching a news channel but that is in the pipeline as we want it to be unique and an audience gainer. Apart from that we also cover the print media with our Masala Magazine, Newsline and fashion magazine Glam. Hence, after initiating in both mediums with a diverse collection of work, we decided to step into the film industry and give it a boost. I believe that the film industry of Pakistan will take time to grow, bringing forth some good work and some bad along with it. HUM TV Network took their first initiative with Bin Roye, where we made the movie and also handled its worldwide distribution, which itself was an initiative by any movie production house in Pakistan. Nevertheless, we have high hopes for the industry and have vision for a great future of Pakistani films.

BM: HUM TV Network has always promoted new talent, how can someone be a part of HUM TV’s project?

SS:We have a procedure of short-listing the talent that comes to work in media using our platform. We begin with auditions and finalize those with the best skills. Other than that, you will find me searching for girls in weddings who would fit best in a drama character. Fortunately, it is not as hard to convince parents these days as it was earlier, as the society has developed and media has become a respectable field of work.

BM: Any message for the youth whois inspired from your bold steps and professional growth?

SS:My message for the youth of Pakistan will always be to work hard and never lose hope in whatever you do. You should always stay confident and keep a vision so strong that you achieve in fulfilling your dreams. Moreover, I would like to advice the men of our nation to stand beside your daughters and bring them forward, building their confidence and trusting them with all your heart. I would like to end my message with one last say that I always follow – Never think of only yourself but for every single body associated with you as it is the best way to success.

Money is not an achievement; I did not have money when I set forth in this profession, it was the passion that led me to this success. 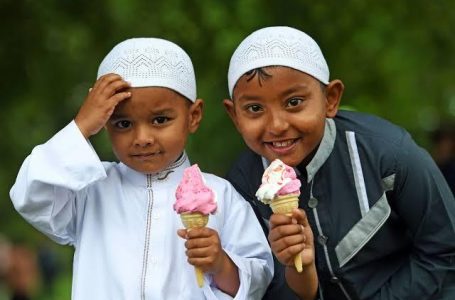 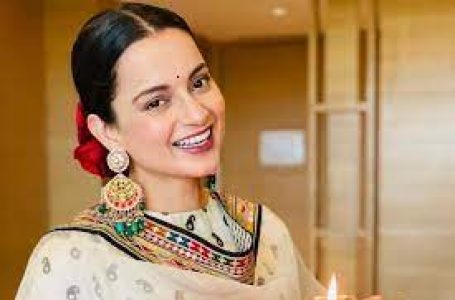