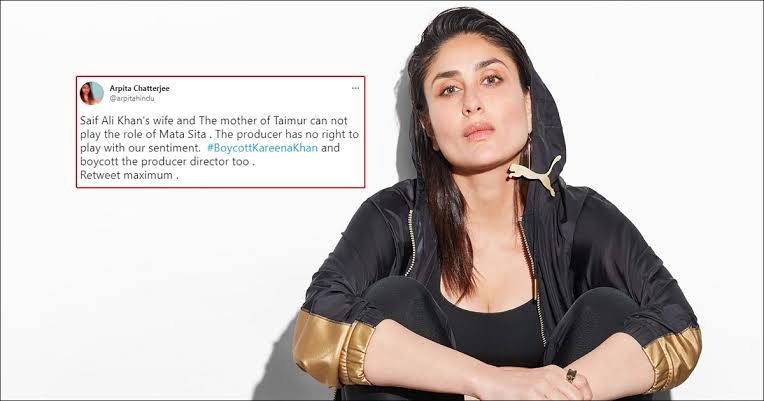 Bollywood queen Kareena Kapoor Khan got onto the top trending hashtags on Twitter. In any case, it’s anything but for a charming explanation. Kareena Kapoor Khan is being severely criticised after unconfirmed reports asserting her of charging Rs 12 crore expense for playing Sita on-screen surfaced online. Days after a media report asserted that the actor has quoted a major amount for the forthcoming role of ‘Sita’, furious netizens took to Twitter demanding to boycott the actor. It is to be noticed, that there has been no official confirmation about Kareena’s charge as of yet.

Obviously, netizens are annoyed with Bebo for requesting an astounding sum. Various users on the micro-blogging site have claimed that she is hurting religious sentiments and her ‘demands’ for the role are ‘against humanity’.

#BoycottKareenaKhan has been trending on Twitter for a while now. Slamming Kareena, a user tweeted, “Remember the way she arrogantly replied to public that it’s you idiots who make us star, Don’t watch my flims, I don’t care. Let’s not watch such unworthy people. She playing in mythological film is disgusting #BoycottKareenaKhan.” Some also suggested that Kangana Ranaut or Yami Gautam should play the role of Sita.

Many also shared memes and jokes about it. Take a look: 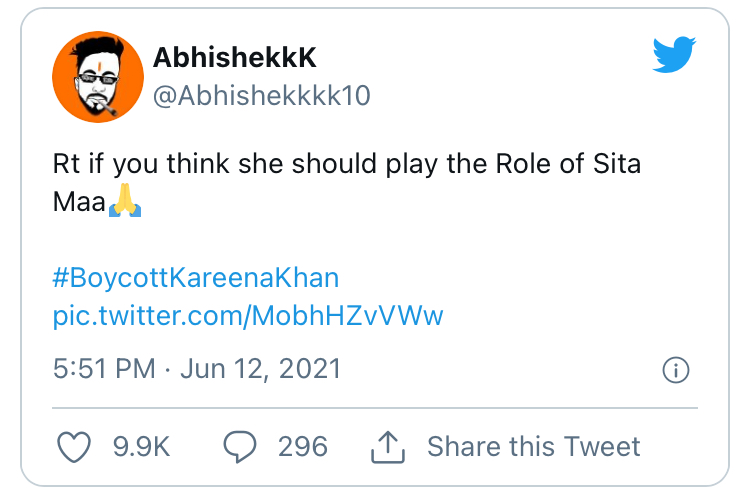 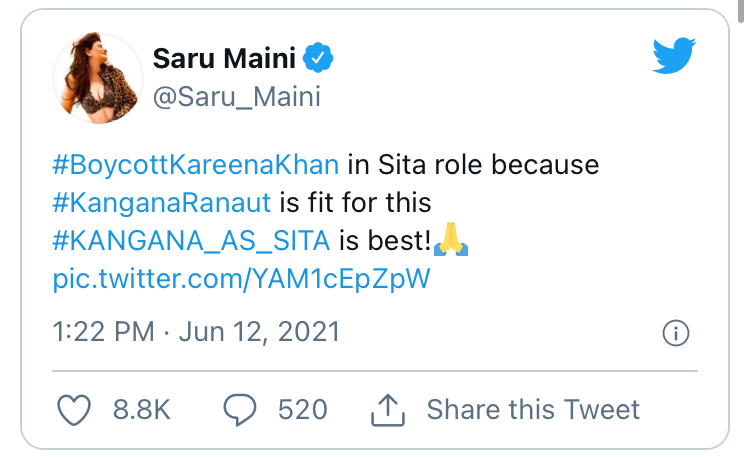 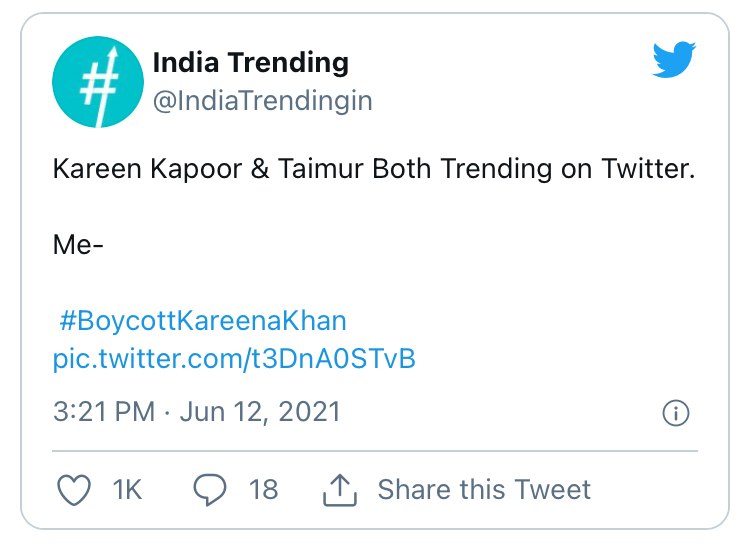 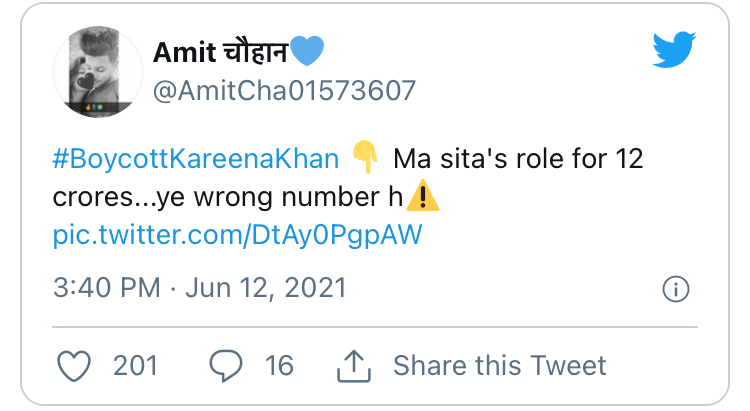 For the unversed, the viral report surfaced that Kareena typically charges Rs 6-8 crores for her movies. In any case, the actor has cited an amount of Rs 12 crores for playing the part of Sita in Alaukik Desai’s forthcoming film, which promoted to be a Bollywood recreation of the Hindu epic, Ramayana.

Reason why drama “Ishq Zahe Naseeb” is a rare feat!