Hike in Prices of Oxygen Cylinders in Karachi amid high demand 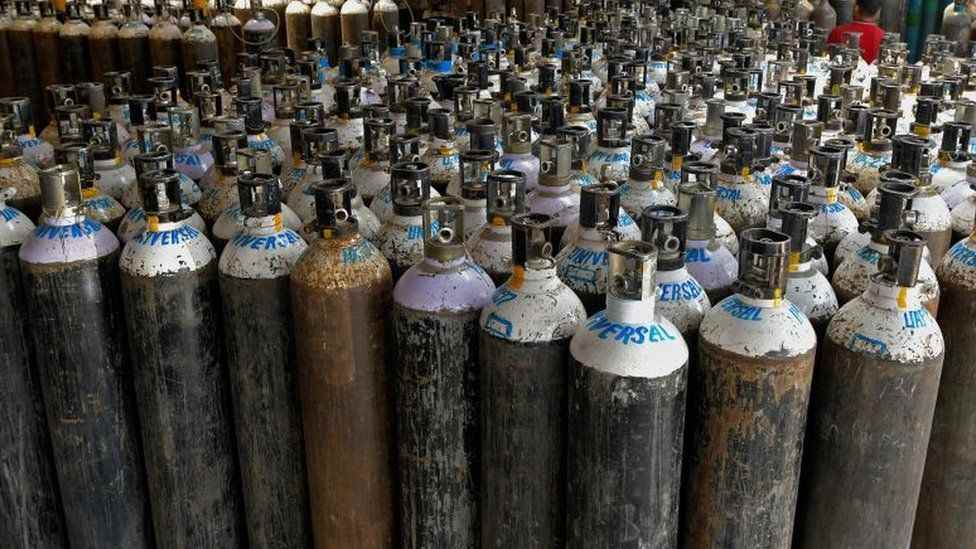 Wholesalers in Karachi has refute reports of oxygen cylinder prices raising up in previous days.

In Karachi, according to the wholesaler the price of Oxygen Cylinders has not increased. The Lucky star market has fixed the rates of re-filling at Rs80-90 per liter.

As per wholesalers of oxygen cylinders, the brand new 10 liter cylinders’ cost around Rs14, 000.

“We have ample of oxygen in supply. In reality, big corporations are working in two shifts instead of three,” states the wholesaler

Some fraudster are spreading these rumors in the market to validate the increase in the prices, there wasn’t any burden on cylinder supplies either. In a statement, manufacturers revealed that they are presently producing their highest capacity and if the cases of Covid-19 appear rather than usual, then the situation could get worst like India.

At this time, India is going through a worst strain and the country does not have sufficient supply of oxygen cylinders.

Wholesalers has denied the increase prices of oxygen cylinder but on the other hand, some wholesaler approves the price hike of the oxygen cylinders up to Rs2, 000 – 4,000.

These wholesaler has demanded 24 hour electricity supply for their plants.

Minister of planning Asad Umar , already checked the record, currently Pakistan is using 90% of its gas production, the country could go through the worst situation like India if the problem couldn’t get under control “We are working to enhance capacity and will import the gas if required,” said Asad Umar

In Punjab, the ban on advertisement of oxygen and other related items has been pressed. The ban is going to affect and for the two months it will remain the same, says the notification of primary and secondary Health care department.

The secretary of the primary and secondary Health Care Department Sara Aslam took on all responsibilities of facilitating the government for providing oxygen cylinders and other implements.

Recently, Pakistan reports 5,512 new cases on Monday, rising the national tally to 761,437 as the country deals with the third wave of coronavirus resulting in stricter restrictions by the authorities.

By the official data provided by the NCOC, 60,162 tests were conducted in the last 24 hours from which 5,512 tests returned positive.

About 73 more succumbed to coronavirus during the past 24 hours, taking the country-wide death tally to 16,316.