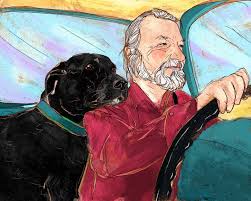 William Shakespeare, an English poet and play writer had quoted that “honesty is the best policy. If I lose my honour, I lose myself.”

Communication and relationships are inseparably connected because it involves interacting.

“We have two ears and one mouth so that we can listen twice as much as we speak.”Epictetus, a Greek Philosopher.

A relationship is a state of being connected. It is also referred to as a close connection between two people. The concept of a relationship is broad, interconnected and varies from person to person. It is the outcome of emotional bonds and interactions. We face challenges like breakups, loss of a job, infidelity and fluctuations in financial status, which affects our bond and impacts the relationship. Therefore, in such hard times, it is essential we hold on to each other patiently and lovingly. When a relationship is working fine, and everything is merry, we tend to become complacent ignoring or stop attending to other person’s needs and expectations. Due to this, misunderstandings develop further making it worse. “Relationship these days” In a world characterized by loneliness, alienation, and isolation, admirable relationships have become increasingly rare. Social media almost cut the efforts and affection that were present by the true existence of another being. The existence is replaced by call, text or mail. Dating and relationships have got to be some of the hardest experiences that life has to offer, but also some of the most enjoyable.

Basically, we could say that relationship is and was never easy whether it’s in any form. There is always chaos between two individuals who are trying to make ar fix a bond and could give it a name.

“A dame that knows the ropes isn’t likely to get tied up.” Mae West

Things not say to someone who is fighting depression

Atif Aslam’s name removed from his own song by Indian music company!