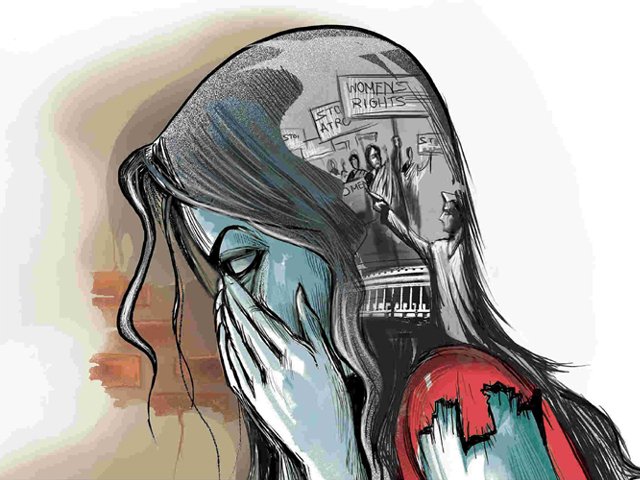 Pakistan is a developing country, where women are mostly degraded in rural areas. Most of the women are deprived of their basic rights and due respect. Each woman in Pakistan does not hold the same position. The status of women varies across classes and rural/ urban regions due to various reasons such as religious factors, socio-economic development and the influence of tribal or jirgah decisions. In Pakistani society, women are considered in reproductive roles as mothers and wives, where the main objective of women is to look after their home, husband and children.

A bitter reality is whether a woman lives in rural or urban areas, Pakistan is regarded as a patriarchal society, where women are being considered as slaves of their husbands and they spend their whole lives to serve them. Women are supposed to be the proudest role you could say have ever existed in the world. It’s not just one character but it is a mixture of characters that builds a house, a surrounding; or probably the existence of other beings. But women in Pakistan are degraded criticized in every aspect of her life. Pakistan has a complicated history regarding women and fear.

Although there is greater acceptability for women in Pakistan’s society, they are still victims of discrimination. The gender stereotypes which have existed in society for years still continue to be a barrier to women’s progress in the country.

Violence against women and girls—including rape, so-called honour killings, acid attacks, domestic violence, and forced marriage—remains a serious problem. Pakistani activists estimate that there are about 1,000 “honour” killings every year. In June, the murder of 19-year-old Mahwish Arshad in Faisalabad district, Punjab, for refusing a marriage proposal gained national attention. According to media reports, at least 66 women were murdered in Faisalabad district in the first six months of 2018, the majority in the name of “honour.”Justice Tahira Safdar was appointed as the chief justice of Balochistan High Court, becoming the first woman ever appointed chief justice of a high court in Pakistan. Women from religious minority communities remain particularly vulnerable to abuse. A report by the Movement for Solidarity and Peace in Pakistan found that at least 1,000 girls belonging to Christian and Hindu communities are forced to marry Muslim men every year. The government has done little to stop such forced marriage Early marriage remains a serious problem, with 21 per cent of girls in Pakistan marrying before the age of 18, and 3 percent marrying before age 15. The Taliban and affiliated armed groups continued to attack schools and use children in suicide bombings in 2018. In August, militants attacked and burned down at least 12 schools in the Diamer district of Pakistan’s Gilgit-Baltistan region. At least half were girls’ schools. Pakistan has not banned the use of schools for military purposes or endorsed the Safe Schools Declaration as recommended by the United Nations Committee on Economic, Social and Cultural Rights in 2017. Over 5 million primary school-age children in Pakistan are out of school, most of the girls. Human Rights Watch research found girls miss school for reasons including, lack of schools, costs associated with studying, child marriage, harmful child labour, and gender discrimination. Child sexual abuse remains disturbingly common in Pakistan with 141 cases reported in just Lahore, Punjab, in the first six months of 2018. At least 77 girls and 79 boys were raped or sexually assaulted in the first half of 2018, according to police reports, but none of the suspects had been convicted at the time of writing and all had been released on bail. In January, the rape and murder of 7-year-old Zainab Ansari in Kasur, Punjab, led to nationwide outrage and prompted the government to promise action. On June 12, the Supreme Court upheld the convictions of Imran Ali for the rape and murder of Zainab Ansari and at least eight other girls. Imran Ali was executed on October 17. On August 8, the body of a 5-year-old girl who was raped and murdered was found in Mardan district, Khyber-Pakhtunkhwa. The rape of a 6-year-old girl in Sukkur district, Sindh, was confirmed by a medical report on August 10.

These are all the facts from the year 2019 and onwards, I have not even begun to write on the horrific events that have occurred in the following year. especially 4 women belonging from different socio-economic backgrounds were killed and raped.

Unfortunately, Courts are quick to act on killings innocent dogs rather than guilty men’s in our country.

Relationships: The real meaning of it

Christian Bale Currently In Talks To Join The MCU In ‘Thor: Love And Thunder’