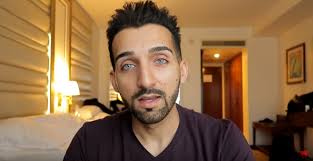 Sham Idrees is a well-known YouTuber and video producer from Pakistan who is also known for his pranks. Sham Idrees is married to Queen Froggy, a fellow YouTuber who is well-known on YouTube and other social media platforms. Sham Idress and Queen Froggy have been involved in a number of squabbles. In 2018, the pair married, and on February 29, 2020, they had their first child together. Sierra Idrees is the name of their lovely kid. Sham Idrees has a 10-year-old kid with his first wife, Dua Idress.

Sham Idrees and his wife Sehar recently turned to Instagram to accuse a dessert café in Oakville, Canada, of refusing to serve them because they were Muslim and accompanied by hijabi women. The family used Instagram to share videos of the incident, which they described as an islamophobic attack.

Eyewitnesses began publishing details about the occurrence on social media as soon as the storey got viral. The restaurant is owned by a Muslim, according to eyewitnesses and residents of Oakville, and nothing transpired as Sham Idrees and his family claim. Take a look at some of the information provided by eyewitnesses to the occurrence. 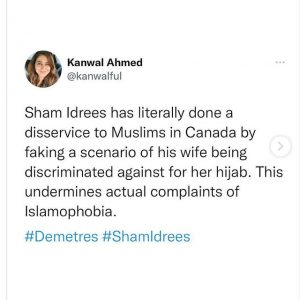