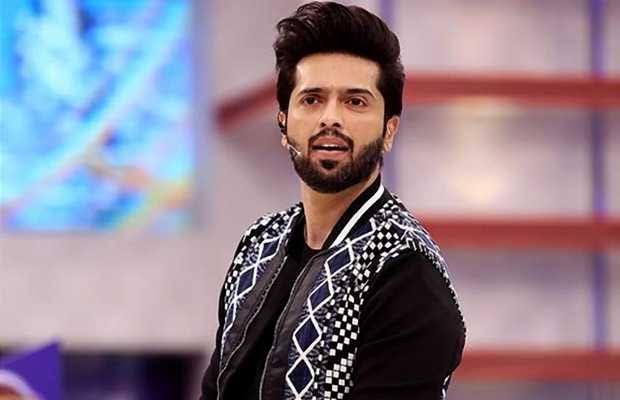 An outstanding actor who is also one of the top ranked hosts of Pakistan; Fahad Mustafa directly landed in some water which turned out hotter than our expectations. I kid you not, who must’ve thought this words would backfire him so bad?

We are millennials, knowing social media is handled by not just elders but even a 10 year old. Now it’s up-to us, if we use it in a manner which benefits us or in a manner which helps us bully others cause why not! 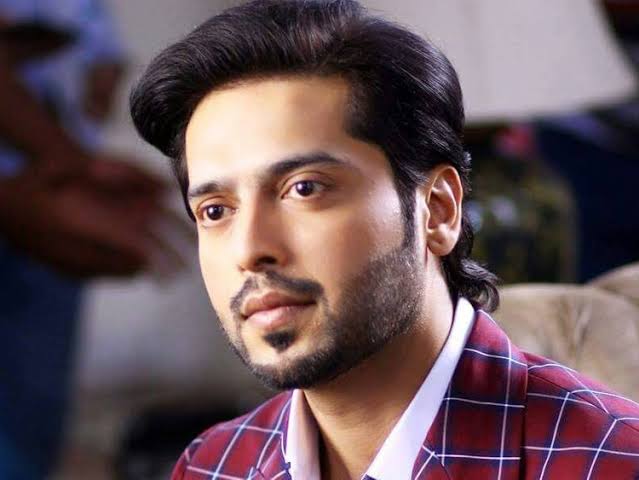 Celebrities are the only souls which aren’t spared even as a benefit of doubt when it comes to bullying or trolling to an extent. However, recently Fahad Mustafa landed on his personal Instagram handle and decided to leave an image with a caption “While helping the poor, leave the camera at home.”

As exciting and sweet as it sounds, the more than fans were triggered when they saw the post and decided to rather bash the celebrity than to support him for putting out great words ahead.

The poor soul, only wanted to portray to the audience that please help others but don’t do it for the sake of show off but for themselves, for the betterment and growth of oneself. 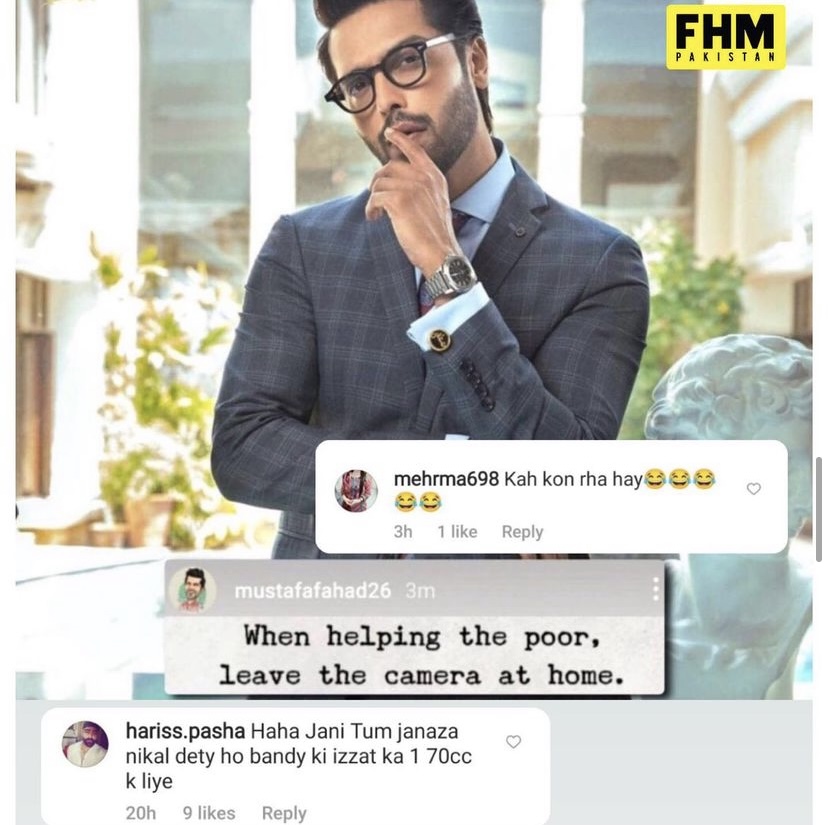 The audience started to humiliate the actor and brought his show JEETO Pakistan in between which is all about giving away stuff and winning games, they started commenting on his own acts rather than advising others.

Here  are a few snapshots of what people started to bash him for and how social media took over his nice character and appealing personality in just about… 50 seconds? 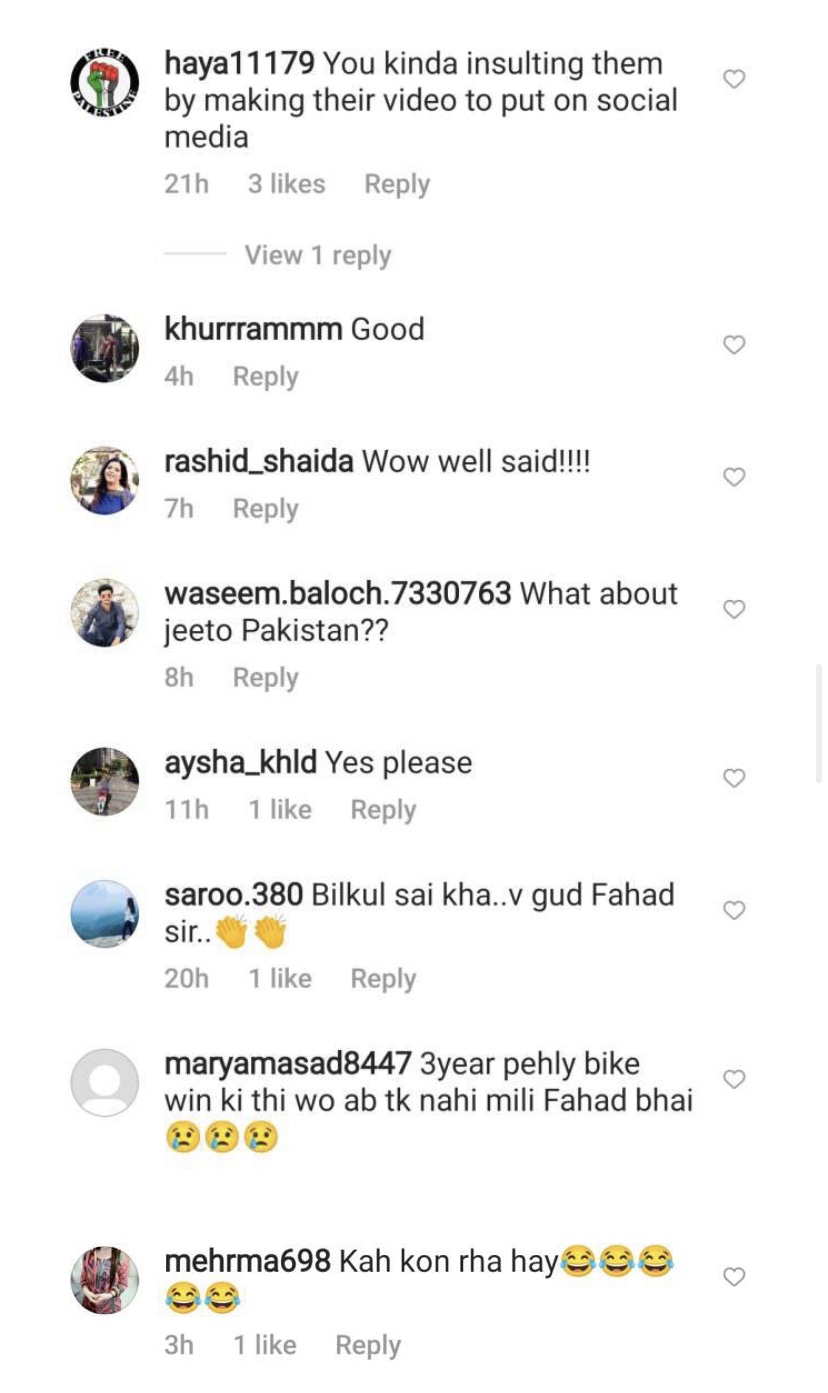 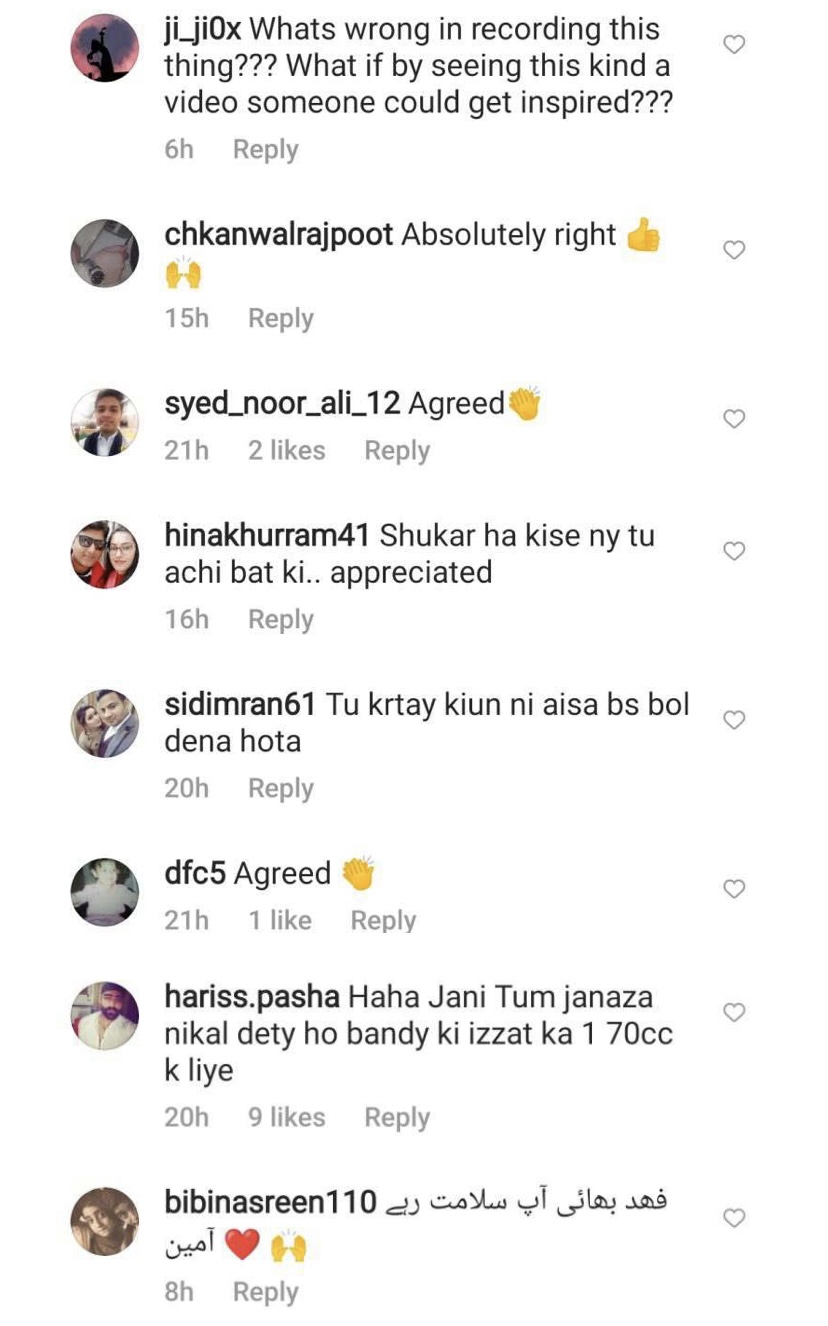 What is Shoey, The Grossest Custom

5 Most Instagrammable Cafes In Karachi that you should definitely visit…

Did you notice Fawad Khan is not so active on social media?? Here’s why!