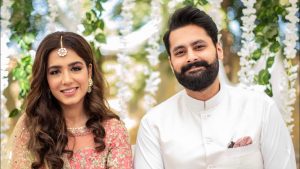 Brows have been raised before about women changing their surnames after marriage. I think we have mixed up religion and tradition so much that we often find it difficult to differentiate between them. Mufti Menk also addressed this issue and here’s what we have gathered so far regarding the debate of whether women should or shouldn’t change their surnames.

We live in an era where mind-blowing discoveries and inventions are taking place yet, it seems as if somehow the world still revolves around questioning women. Their clothes, rights, choices and now their surnames. As if it is for the world to decide that! People are so ignorant that they think Islam is a suppressive religion and it oppresses women by not granting them rights. Well, I would suggest such ignorant hypocrites to first thoroughly study Islam and then come to a platform for open discussion and debate.

Islam granted women their rights long before Western culture could even think of. Islam upholds the rights of women. Why give up your entire identity for a man? Don’t you have the right to maintain your own identity and your lineage? Islam says “Don’t change it”. You belong to your own lineage, you have your personal identity. Why should you change it and attach it to someone who you’ve married? Islam doesn’t ask women to give up their surnames. If women change their surnames by choice we don’t question or interrogate them, then why should we point our fingers to the ones who want to maintain their identity and lineage simply by keeping their name? It is sacred to everyone!

To question someone of their personal choices and life is unethical and immoral because it doesn’t affect you. A fan questioned Mansha Pasha on Instagram asking why she hadn’t changed her sur-name after marriage to which she responded “It is not required in Islam.”

I personally think that people aren’t aware of the fact that there are certain circumstances under which a woman has to change her surname. For eg if it’s any legal matter or immigration etc as long as there is no deception, no party is harmed, no one is affected the question about “changing the surname’’ shouldn’t even be present.

The ignorance today has cut open so many problems and irrelevant discussions that it takes a moment for a sane person to question if he is at the right place. People are quick to jump on the conclusions but they wouldn’t take a step back and educate themselves. I believe strongly that religion, culture and tradition should be separated and people need to be more aware of the differences these three have and how all three in the society have merged together and made blurry image of everything.

Just like Mansha’s fan there must be others out there who wouldn’t have known. It’s 21st century yet, people are not ready to self-educate themselves, they are still not ready to evolve and think outside the box. Everyone is still so stuck to the choices a woman makes that the society we live in is not only suffocating but toxic. Rather than talking about latest technology and making new discoveries, inventions and ways to sustainable living they are all adamant on pointing fingers at women. The first question arises of questioning. Why should you question a woman? Secondly, why are you even interested in that? Thirdly, is it directly affecting you?

This was just one of the many absurd and abhorrent examples of what women face every day. We need to realize that if we keep continuing this and enter another century with the same old mentality we will never progress! As a nation, we have failed but there’s still hope. Why lose that? Why not try to change it so we too can excel in all areas of life? This is the time to read and educate otherwise, what Jinnah’s dream for the nation was has long been forgotten, but some who are and might be able to revive it are also losing hearts and we will forever be labelled and seen with an eye of mistrust and disrespect in international arena.

What is Cryptocurrency thing all about?

No more begging people to take your pictures!

The science of serendipity.