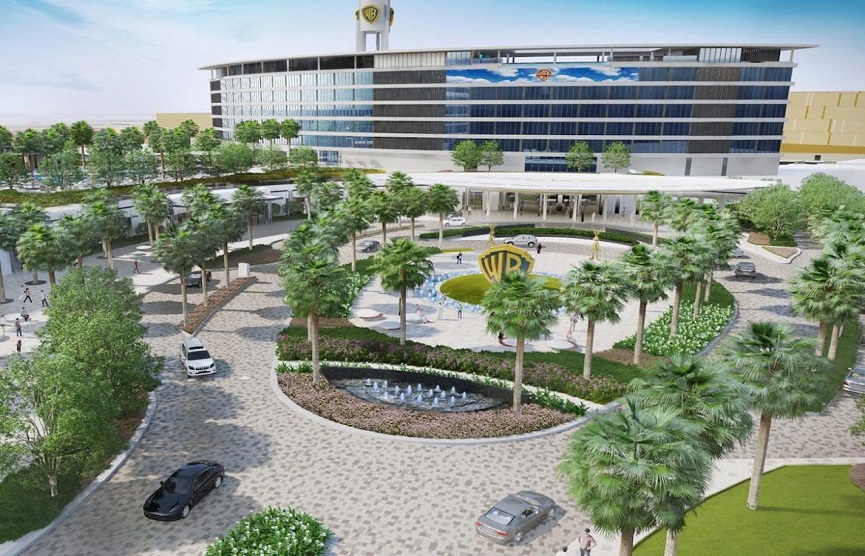 Big news for Warner Bros fans! The world’s first Warner Bros-branded hotel will be launched in the UAE next month. The hotel will be based in Abu Dhabi and will open doors for its first guests on November 11. The landmark venue, located on Yas Island, is operated by Hilton one of the world’s largest hospitality firms under its Curio Collection flag.

Featuring one of the finest collections of Warner Bros archives, guests will be treated to a journey of discovery through film and television, enjoying the entertainment group’s rich history and library of timeless productions. Visitors can also enjoy familiar piano tunes from Westworld while dining in one of five restaurants on the property or ring up one of their favourite Looney Tunes characters for a room service treat brought to them by the Wascally Wabbit, Bugs Bunny himself.

Before entering the hotel, they can make a quick stop at the iconic “Friends” fountain, while the storytelling continues after they cross the lobby, with guest room corridors displaying a curated gallery of artwork. The hotel will boast 257 rooms over eight levels with modern decor that celebrates Warner Bros.’ extensive film and television library. Guests will also be able to check out other Yas Island attractions and experiences including Ferrari World Abu Dhabi, CLYMB Abu Dhabi, and numerous world-class F&B outlets on the Island.

Genies that can hold time for you!