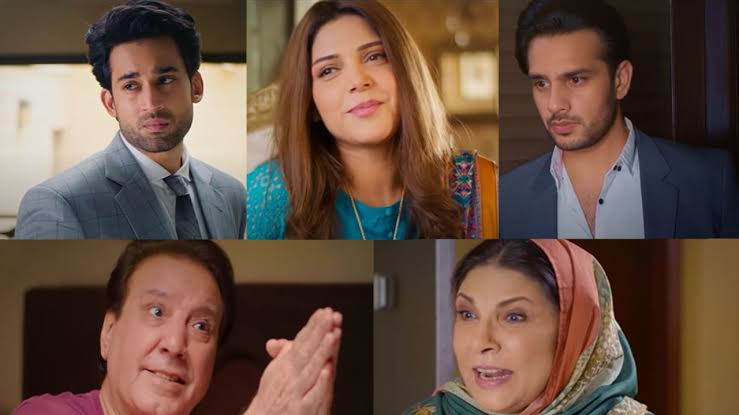 Or perhaps, Mehru is in a trance, or perhaps, the drama makers felt the need to drive in her sadness, or perhaps – Mehru really can’t wait to go back to a liberated independent female, and now, with a fortune under her thumb, she feels she has another chance at life – the possibility to live life on her own terms, eons away from the intensely toxic sister in law – I grant her that much. I’m all for Mehru giving in to her womanhood. Let’s break free from tradition, say audiences. But remember, Mehru hasn’t said too much yet. What’s brewing in her mind, or maybe she’s sorting things out, no one really knows. Hadiqa played this one with a sensitivity that resonated with many young widows probably.

Even more intriguing is the fact that she will appear alongside Bilal Abbas, a good-looking and aspiring actor. They’ll both play the lead parts. This drama will be broadcast on hum television. Let’s take a closer look at the Dobara drama. This play was directed by Danish Nawaz, the best comedian, film actor, and director in the world. Sarwat Nazir, a fiction writer, novelist, playwright, and screenplay, wrote it. This drama was created by Momina Duraid’s production.

The teaser suggests that there will be a love tale between Hadiqa Kiani, a mature woman, and Bilal Abbas, a little boy. The title ‘Dobara’ delves into the topic of a woman’s second marriage. Dobara Drama highlights the prejudices of women marrying for the second time, and that too with a younger man. By portraying the challenges encountered by women, we may expect this drama to be a powerful feminist and a social critic.

7 ways to lead a meaningful life.