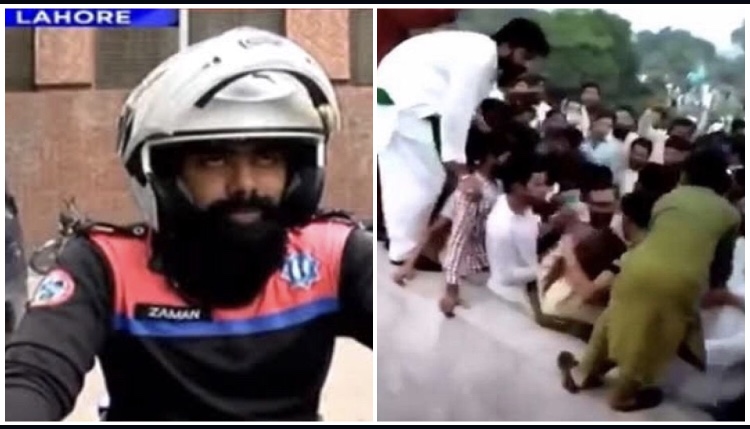 Talking to ARY News correspondent Babar Khan, Zaman Qureshi said that it took 30 minutes to reach the stage from Minar Pakistan Gate. As per his observation, he evaluated that there was a crowd of over 500 to 700 men out there at that time.

“When we arrived, the girl had her clothes torn off and was in a semi-conscious condition,” Zaman Qureshi said.

Ayesha Akram was suddenly attacked by a savage mob while making a tick talk video in Lahore Greater Iqbal Park on August 14, the victim told ARY News. Ayesha said that she had never imagined that she would not be safe in her own city.

“I had no idea it would happen. I still can’t believe it happened to me. It was a sign of helplessness to pray for death,” she said.

Status and future of online education in Pakistan

Getting rid of blackheads and preventing them

I love to take off my pants – Shahrukh Khan

What is the hidden truth behind the Wasim Akram leaked video, Find out here!