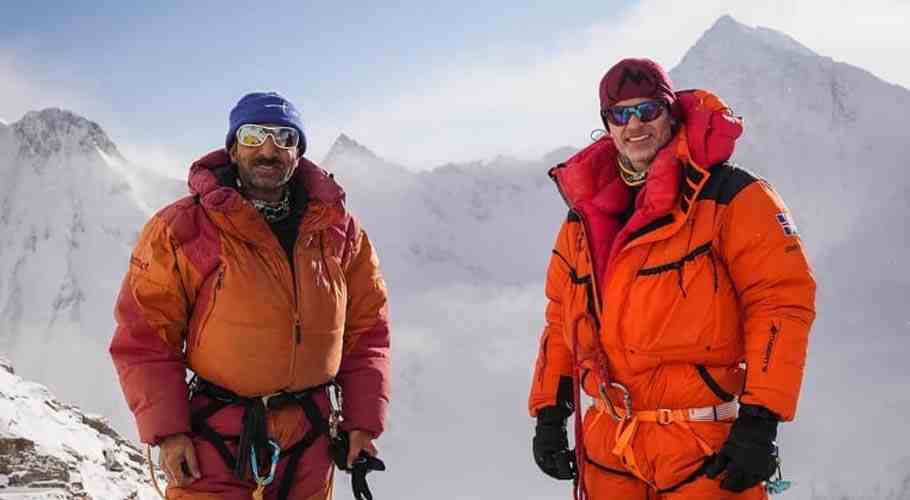 Pakistan Army helicopters are conducting a search operation to trace missing mountaineer Ali Sadpara and his team members who are on the K2 expedition.

Sadpara has successfully climbed the 8,611-metre K2 — the world’s second highest mountain — during the K2 Winter Expedition 2021, it emerged Friday, a month after their first attempt failed.

Sadpara and his team left for their journey a day after his birthday, asking fans and admirers to “keep us in your prayers”. He has since been providing updates on his Twitter account whenever the WiFi signals work.

But it has been several hours since anyone last heard from Sadpara.

Pakistani actor and singer Fakhar-e-Alam tweeted about the missing climbers too, requesting his followers to pray for their recovery.

Disturbing News. Our national hero Ali Sadpara & his team members lost contact & are now declared missing on K2. Pakistan Army search & rescue is on the job. At this time I ask you all to please take a moment to pray for the missing mountaineers.#k2winterexpedition2021 #K2winter pic.twitter.com/6R6RR6DzQ2

A search operation was launched due to the delay in the return of the K2 team headed by Pakistani mountaineer Sadpara.

Sources said Sadpara and his team were to reach camp three by 2pm. But communication with the team has been lost for the last several hours.

How To Get Rid of Dry Skin In Winters