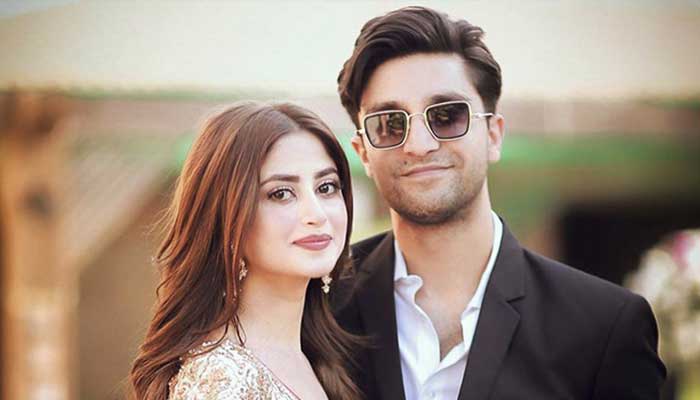 In the recent LSA Awards, everyone predicted Sajal Aly & Ahad Raza Mir to win at least one of the nominated awards because of their stunning performances in the dramas.

Ehd-e-Wafa, Deewangi, Alif, and Pyar Ke Sadqay were not only nominated but was legit proof of both the actors with outstanding skills. These skills were the reason which uplifted their fans into thinking that they are definitely taking the trophy home. However, as that did not happen so the fans took it to next level and started supporting the actors on twitter which also made the hashtag trending!

Momina Sultan was Sajal’s name in the drama serial which also started to trend and then #WeLoveYouAhadSajal also trended in support of the actors love.

Shehzad Roy urges people not to make videos of their donations