The Japanese outlive the whole world!! 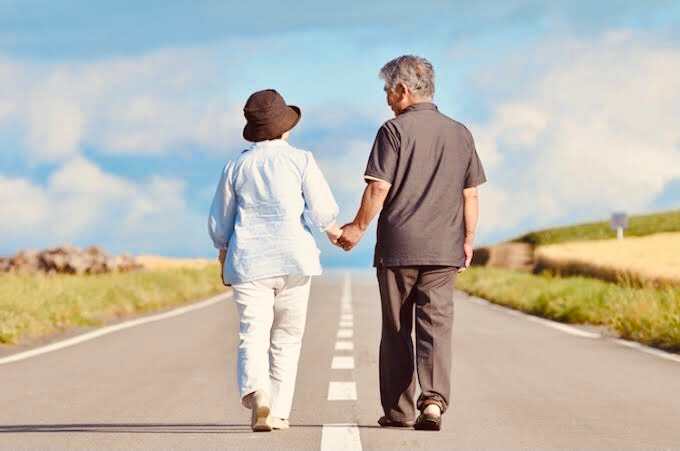 Japan has the highest life expectancy in the world, standing at a massive 84.67 years in 2020, whereas Pakistan has a life expectancy of 67.33 years. Why is it that there is such a big gap in the life expectancies of the two countries and why is Japan so far ahead from the rest of the world. Japanese people not only have the longest lifespans but are also the healthiest people in the world. The fact that the healthier you are, the longer you live, is known by every human being existing on the planet. So, why do we have such short lifespans in comparison to the Japanese? Let’s have a look at some of the things in the Japanese culture that make them live so long!

The first and most important factor is diet. The focus of the Japanese diet is mainly on fresh foods which are unprocessed or are rarely minimally processed. The amount of refined foods consumed is kept at a minimal level with little to no sugar intake. According to the Japanese dietary guidelines, an optimal Japanese diet mainly consists of whole grains and fresh vegetables. Any dietician in the world would tell you those are some of the healthiest foods that you can consume, high in energy and nutrition with the right vitamins and minerals needed for a healthy life. Furthermore, they have moderate amounts of soy and meat, mainly consisting of fish caught fresh from rivers. Lastly minimal amounts of dairy and fruit sum up the perfectly balanced and healthy. Low amounts of salt, oil, and spices play a key role in what makes the Japanese diet so optimal for a healthy lifestyle. On the other hand, if we look at the average Pakistani diet, it is the complete opposite. Our foods are almost drowning in oil. I mean every time you take a bite it’s as if you’re trying to look for food in a sea of oil. We just can’t live without oily handi’s and extremely deep-fried foods. Furthermore, the amount of spices we use in our foods are enough to burn us up inside. It’s not a surprise that so many Pakistani’s suffer from acid reflux and digestion issues. Pakistani’s cannot live without meat. We could have red meat three times a day and still call it a healthy diet. Starting from nihari in breakfast all the way to qourma at night, we tend to have the time of our lives. Lastly, we cannot live without tea or chai. Chai is pretty harmless but the amounts of full cream milk and sugar that we have it with doesn’t make it the healthiest drink. Green tea is big part of the Japanese people’s lives which is high in antioxidants and a super healthy alternative to chai.

Now let’s move to physical activity and exercise. First and foremost, walking and cycling is a big part of the Japanese people’s everyday life. They prefer walking or cycling as a commute to nearby distances rather than using personal cars or public transport. Both of these activities regulate blood flow and release healthy chemicals such as endorphins which can raise the mood and happiness levels of individuals. Alternately in Pakistan there is no concept of walking in everyday life. People use cars to cover the shortest of distances. Even if we have to go 2 blocks away to get a few groceries from the store, we prefer sitting in our car with the AC on. Too much comfort is what can be detrimental to our health sometimes. Even when we decide to exercise, it’s mostly to socialize and take mirror selfies. Although fitness is becoming a trend now, we still have a long way to go. Unless we don’t make physical activity a part of our daily lives, we won’t be able to see an increase in the general health levels of our population.

We Need to Change

Unfortunately, these unhealthy habits lead to obesity and heart disease which can be fatal in the long run. Around 25% of Pakistanis fall in the obese category which is a massive number in comparison to Japan which has the lowest obesity rate in the world standing at 3.7%. Obesity is the root of so many disease and has to be controlled at any cost. We need to adapt these healthy habits from the Japanese people and make them a part of our daily lifestyles to have longer and healthier lives.

Is olive oil a good moisturizer for your face?