“Eustace: Who was that?”

We always wondered if Muriel Bagge from courage the cowardly dog was deaf or not.
Sadly, the voice over of this beautiful character was 81 years old originally named as Thea White who we lost to side effects of liver cancer. After she got her liver cancer removed, this beautiful soul developed some infection which costed her life. 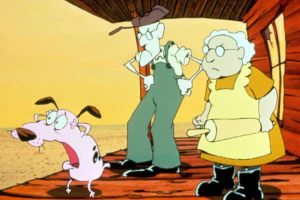 She has been a major part of her childhood and the amount of love she gave courage, we always adored her. Didn’t we?

Zitner updated her Facebook with a status saying “she ended up with an infection after cutting out the damn cancer.”

Thea white; Muriel was extremely protective when it came to Courage. Remember how she used to react and say 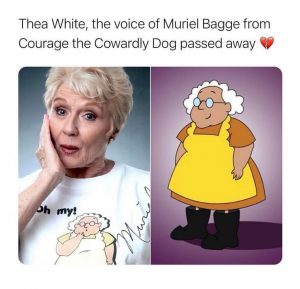 what’s in your bag?

Tips to utilize clothing items you already have

One thing you need to make you feel fresh!

Is this the Islamic republic of Pakistan?